Friday Funnies: Tongan Thor's compilation of scaring his teammate is a must watch 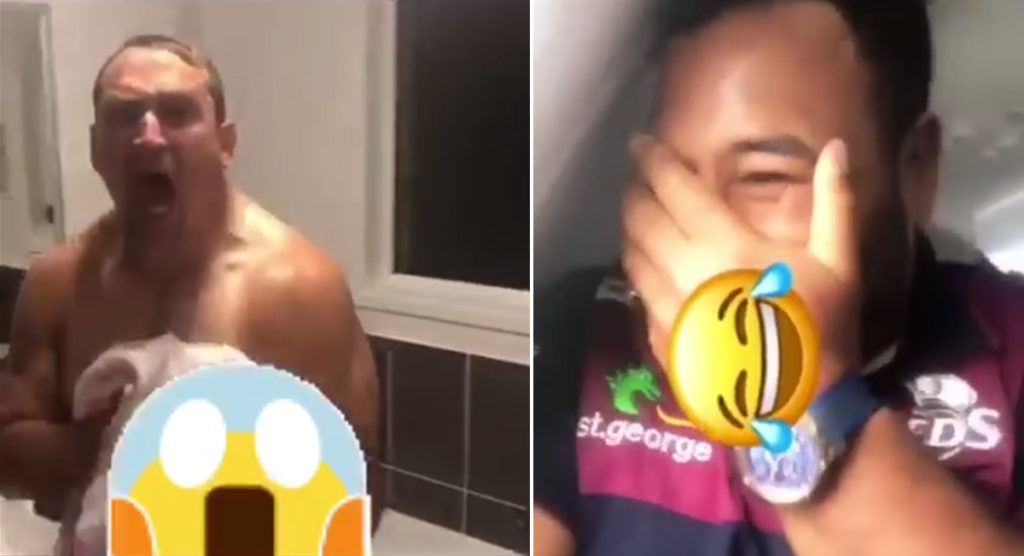 Reds prop Ruan Smith seems to have got a bit of a reputation for himself, becoming known as the guy that scares easily. Naturally, his teammates have taken full advantage of this, as can be seen in this hilarious video that fellow Reds front rower Taniela Tupou has put together.

Smith, along with twin brother JP, moved to Australia from South Africa almost ten years ago. They’ve both played for the Brumbies but now find themselves at the Reds in Brisbane.

Who knows what Ruan went through in his homeland, but the man seems to be constantly on edge.

After a few popular videos were put out, ‘Tongan Thor’ Tupou then created this compilation, and it’s since gone viral, racking up almost two million views in a relatively short period of time. Enjoy.