FRIDAY FUNNIES: Viewers get closer too the action than normal as cameraman takes a tumble! 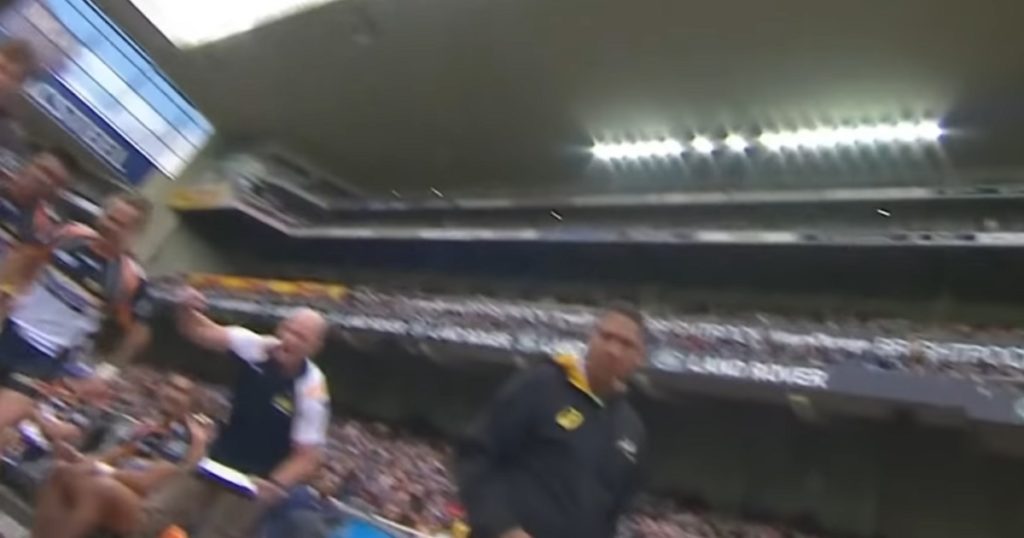 The Brumbies secured an important away win over the Stormers last weekend to move them into third in the Australian conference. But while the fixture was a tight and nervy affair, both sides allowed themselves a chuckle as one of the cameramen got in on the action a little too literally.

We’ve seen this sort of thing already this season, when Elliot Daly felled a cameraman during that epic draw between England and Scotland in the 6 Nations. Indeed the 6 Nations has had its fair share of cameramen tumbles, with Taulupe Faletau’s huge collision in 2014 against Ireland being perhaps the most spectacular [UK only].

Last weekend’s episode was slightly more comical than the above, with the SuperSport camera operator deserving a degree of respect for the way he saved his equipment from hitting the deck and getting back up on his feet with minimal fuss.

Another great cameraman save occurred in 2011 during England’s victory over France in the 6 Nations at Twickenham, which perhaps deserves more credit than the above two due to the incredibly slippery conditions and potential camera damage.

FRIDAY FUNNIES: Viewers get closer too the action than normal as cameraman takes a tumble! | RugbyDump - Rugby News & Videos