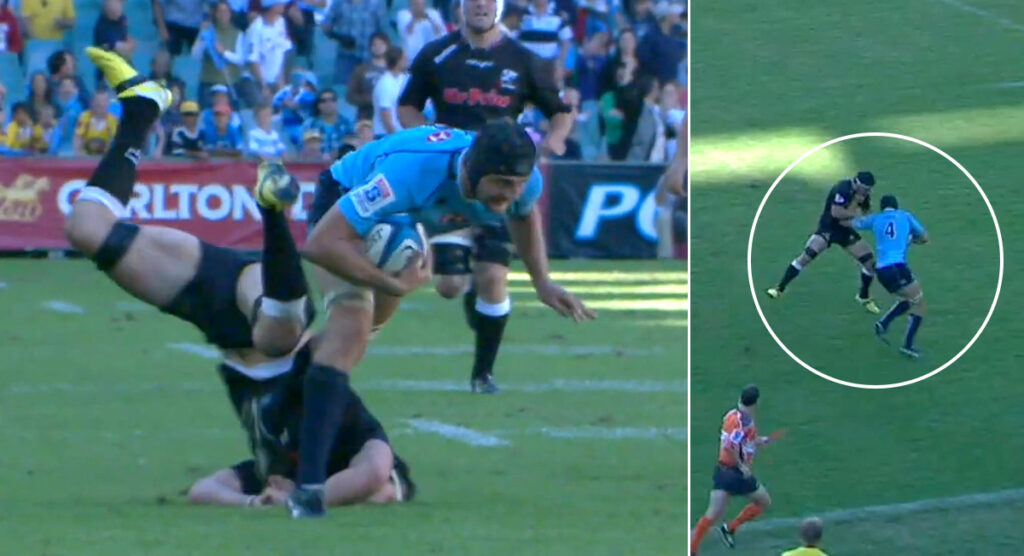 There have been some almighty fends in international and domestic rugby over the years, but what Dean Mumm did to Marcell Coetzee in 2012 must be up there with the most outrageous ever seen.

That Sydney clash between the Waratahs and the Sharks was memorable for a number of reasons. It was a high scoring game, with the home side ‘Tahs edging the Sharks 34-30 after coming from behind.

It was also the match that saw Adam Ashley-Cooper cartwheel over the advertising hoardings.

Late in the game, Wallabies lock Mumm charged down the right wing, beating one then sticking out the big left arm to protect himself against the challenge of Coetzee. It worked out well for him as Coetzee had – for some reason – leapt high on the 1.96m second rower.

The rest is history, proving a highlights clip that will continue to be played over and over again for many years to come.

In this enjoyable segment from a few years back, Mumm chatted to Sean Maloney about that moment.

“Every time I look at it, I think how awkward I look. I feel like I look like a baby giraffe trying to stand up for the first time,” he said. We don’t disagree.

Watch the incident in full HD in the video below. Has there eve been a better fend? Let us know in the comments