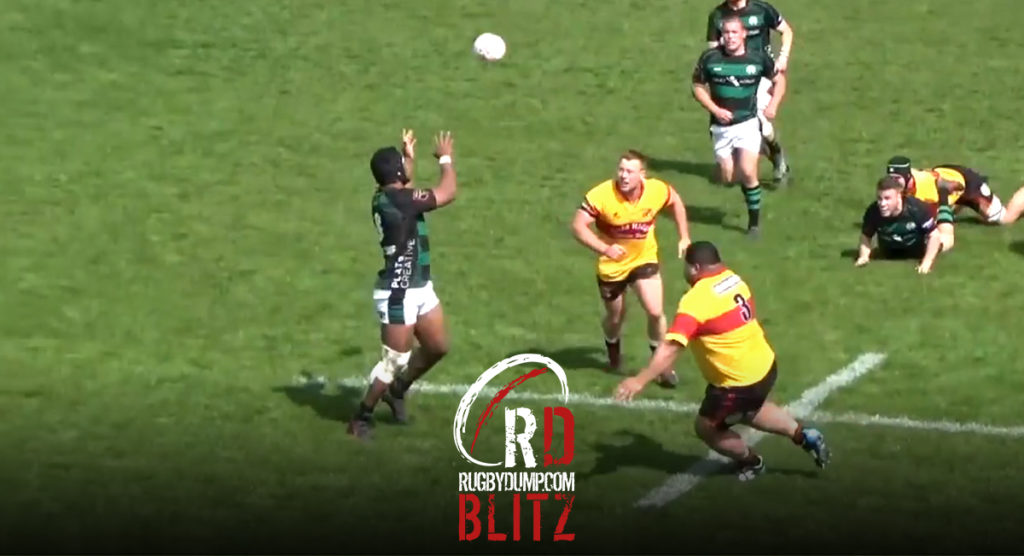 The grassroots rugby clips are coming in thick and fast so here’s another post for you, falling into the November entries of Rugbydump Blitz. Today we’ve got some nice variety, with one clip in particular something you’re sure to have never seen before.

This first video comes from the Heartland Championship in New Zealand after a horrendous hospital pass that landed a South Canterbury player in all sorts of trouble.

Ribs were exposed and hefty Tupou went in for the kill, landing on top of his victim for good measure. That’s a scary amount of mass coming down,  after the team apparently tried to weigh him mid-season but the scales hit error max at 150kgs.

The Swamp Foxes went on to win the Championship for the first time in their history.

FIGHT IS NOT QUITE WHAT IT SEEMS

In Russia, as in Georgia, it’s usually no-nonsense when it comes to scrum time so when Moscow Dragons and Sarmatians (from North Osetia and Alania Russia) got into a tussle, it looked like the fans on hand would witness another nasty all-in brawl.

Pushing and shoving ensued, and just when it looked like things were getting out of hand, the plan kicked into place.

As it was a friendly match, and they’re trying to make the sport more popular in the country, a pre-match deal was made. The fight, as you can see, soon turned into a bizarre yet fun moment that is surely a first on the rugby field. Lambada!

“We made it to entertain the audience and to let people know that it’s safe in Caucasus and even in time of troubles, everything can be solved in a good manner as it always being solved in rugby.”

This final video is a very short clip from some years back but one that shows a slightly different method of fending off a tackle.

Playing for Gorey RFC against Balbriggan, Killian Breen is the man with the ball and while he says he has no idea who the guy he flipped was, he’s sure he was uninjured and play continued.

Thanks to everyone who has submitted videos so far. Keep them coming via rugbydump.com/blitz and we will keep sharing them throughout the month, giving you a chance to win great prizes and a share of a nice cash prize.