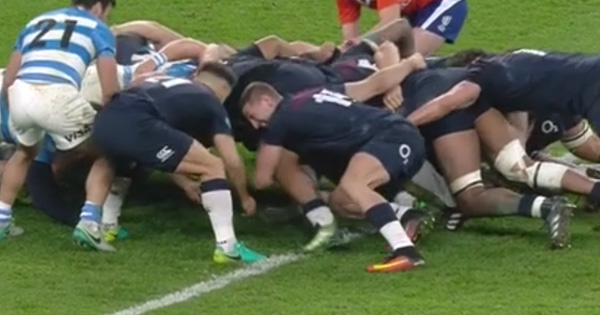 In the dying minutes of England’s 27-14 win over Argentina, after they went down another man following the yellow card for Joe Marler, England winger Jonny May took it upon himself to bulk up the scrum by packing down on the flank. The result was hilarious.

He looked as though he had never seen a scrum, let alone been involved in one, as his hands were all over the place, his head at one point got between the loosehead’s legs, and he continued pushing with all his might well after the ball was sent out to the backs.

The footage has since gone viral on social media, but we just had to post it here too. Legend!

@Rugbydump I have never ever see a winger put this head up the prop’s arse?