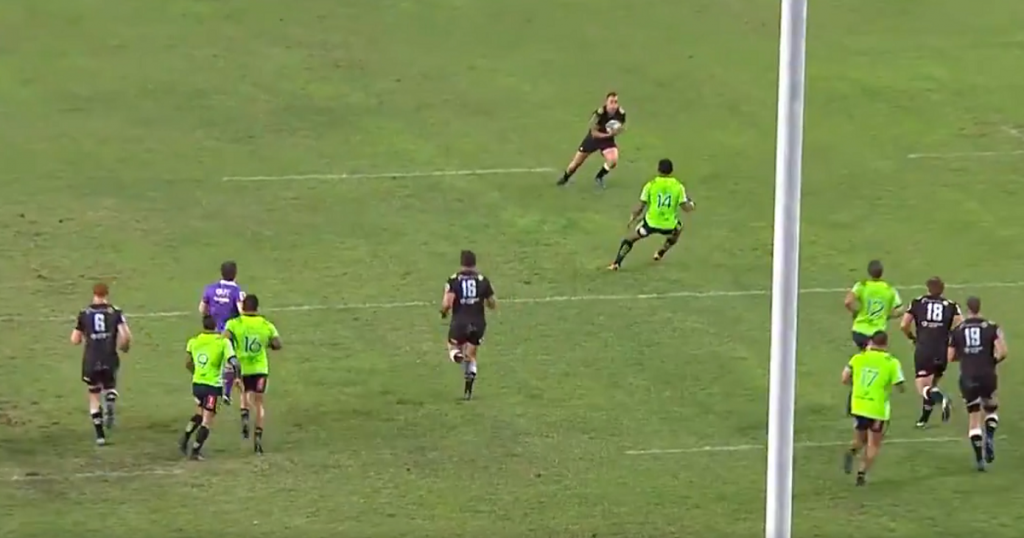 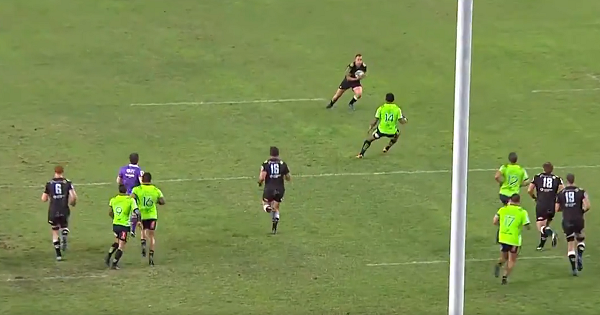 A Curwin Bosch sidestep that fooled half of the Kings Park Stadium helped his Sharks team on the way to a convincing victory over the Highlanders on Saturday. It has since been named Try of the Week for round 12.

Leading 31-7, the Sharks fullback caught a clearance kick sixty metres out, left Waisake Naholo for dead and ghosted through the Highlanders defence, before his pass found Robert du Preez to score.

While his pass may have been more of a throw-and-hope, du Preez did extremely well to turn 180, catch, turn the rest of the way and then ignore the two covering tacklers to score his second try of the game.

The Sharks went on to win 38-12 and add to their impressive run against Kiwi teams this season, with a mauling of the Blues and a one-point loss to the Hurricanes already under their belt.

Armand van der Merwe’s try almost straight from the kickoff set the tone for the match, with Makazole Mapimpi, Daniel du Preez, and Sibusiso Nkosi adding to du Preez’s double. Dillon Hunt and Teihorangi Walden got the consolation scores for the visitors.

Bosch has been a revelation for the Sharks over the last two seasons and is sure to add to his one international cap in the summer.