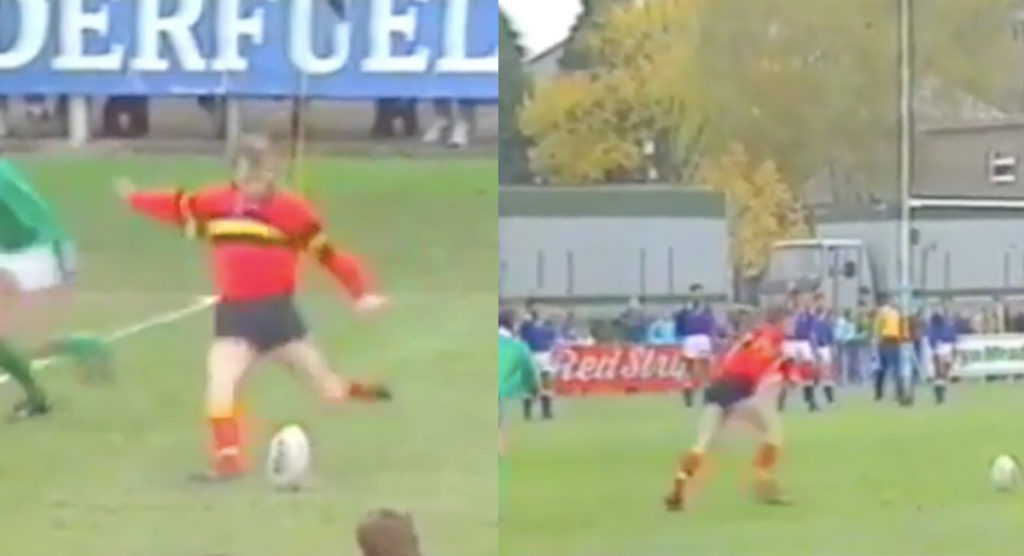 In 1988 Western Samoa toured Britain and Ireland and played a fixture against Newbridge in Wales. In that particular match, club coach and former Wales international Paul Turner did something we’ve seldom seen before or since, as he casually slotted kicks with alternating feet.

Although Newbridge was able to jump out to the nine-point lead, thanks mostly to Turner, the visitors ended up clawing back to win 16-15.

Here’s a quick look at Turner in action.

While it’s difficult enough to master kicking with the dominant boot, there are a select few that can make kicking with either boot look remarkably easy.

There are some current examples who have shown they are ambidextrous, like Demetri Catrakilis and Georgian Gela Aprasidze. Both have videos widely circulating that show a command of both boots, but they don’t seem to have attempted or pulled it off at the highest level.

Some legendary examples, however, include Jonny Wilkinson with his opposite foot 2003 World Cup winning drop goal and Dan Carter, who kicked a conversion in the 2015 World Cup final against Australia with the “wrong” foot. That was his final ever kick in Test rugby.

Have you got or seen footage of someone doing this in a match? Send it in via Rugbydump Blitz