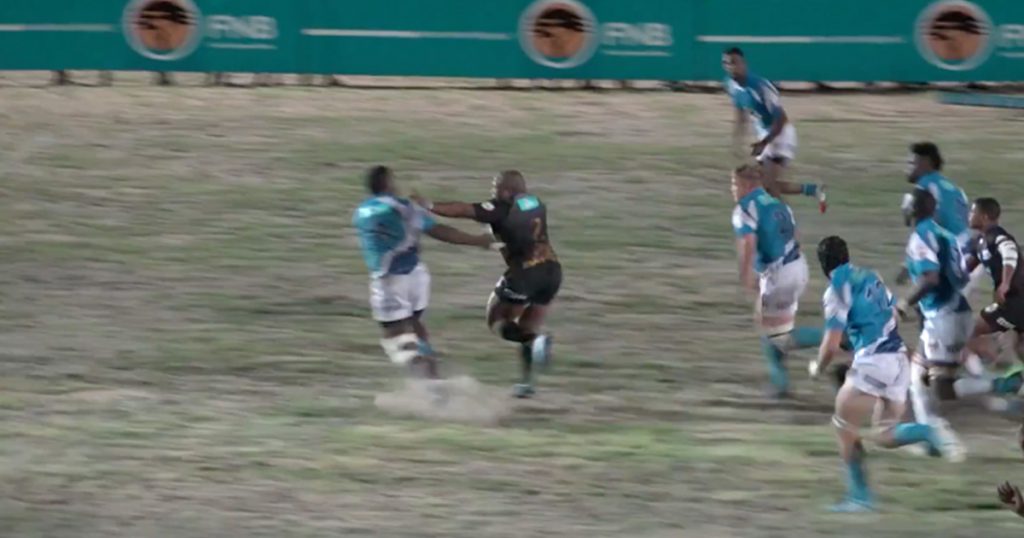 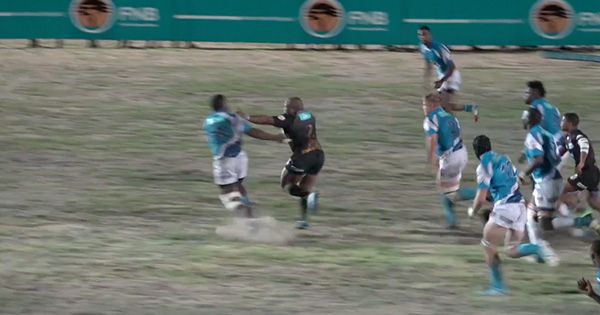 With a full range of impressive skills on display, Walter Sisulu University hooker Maliviwe Simanga bagged Man of the Match “player that rocks” honours for his explosive performance against Cape Peninsula University of Technology in the Varsity Shield on Monday.

Simanga put on an absolute clinic with his footwork, evading more than a few tacklers, while the rest he simply swatted away with one fend-off after another.

Equally impressive was his offload to set up Henrico Koester’s try, after first making the majority of the defence miss by way of a monstrous side-step.

As if that weren’t enough, Simanga helped himself to a brace of tries, one of which was a 45-metre dash off the back of a well-timed and collected intercept.

The visitors dominated the match with six tries to three, getting a crucial 38-21 bonus-point win.

At the weekend we saw La Rochelle’s Pierre Bourgarit score an incredible try against Toulon, and yet again, here’s another in a growing line of front-rowers who are making waves with their speed, skill, and footwork.