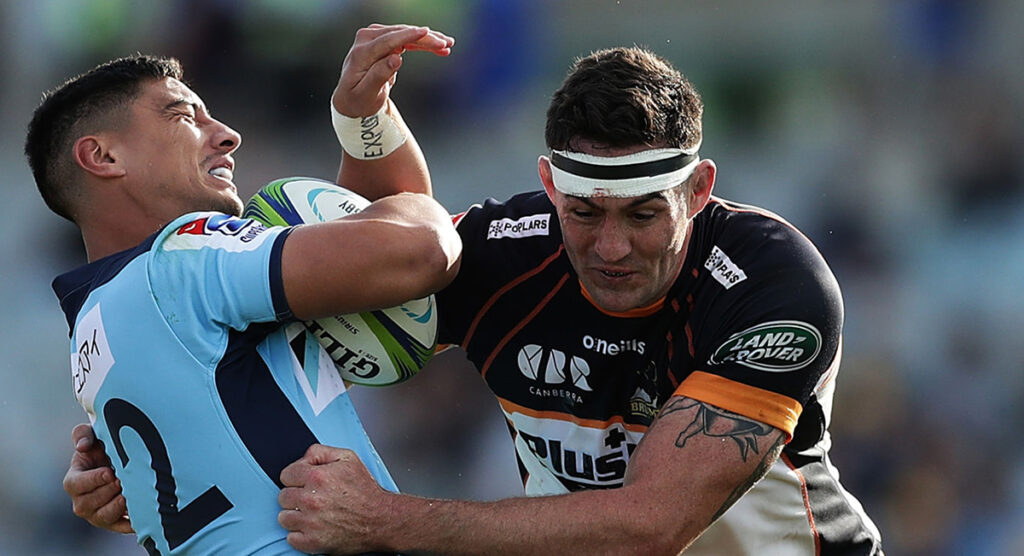 Rugby Australia has confirmed that seven law variations will be applied in the upcoming Vodafone Super Rugby AU season. The innovative changes include goal line drop-outs to reward attacking kicks, replacements for red-carded players after 20 minutes, rewards for 50/22 and 22/50 kicks, and ‘Super Time’ for matches that end in a draw after the 80 minutes.

A number of new laws will be in play, as well as match officials having been briefed to police the breakdown, limit the number of scrum resets, and get tough on cynical and repeated infringements to speed up play.

The law variations were developed and agreed by a select group of Vodafone Super Rugby and national coaches, players, referee coaches, and administrators who were assembled for a national video hook-up by Rugby Australia Director of Rugby, Scott Johnson in May.

The discussions were guided by presentations delivered by the Australian Super Rugby coaches and a subsequent report tabled by the players, using the guiding principles of delivering an exciting and entertaining product, allowing the Wallabies to best prepare for Test matches and perform, and to preserve the integrity of the game.

Rugby Australia Director of Rugby, Scott Johnson said: “We assembled some of the best minds in the game from a range of different roles to look at adding some new attacking dimensions to the game while at the same time sticking to some key principles to preserve the fabric of the sport.

“The level of engagement was outstanding from the players and coaches involved in the process and we ended up with a set of law variations that were unanimously agreed upon by all 24 people involved.

“A couple of the variations including the 50/22 and 22/50’s have been trialled previously in the NRC and we have added some principles around line drop-outs to encourage more short attacking kick options near the line, and a Super Time tiebreaker in the event of a draw.

“We will also zero in on the application of law around the breakdown and scrums, trying to limit some of the down time and improve the flow of the game.

“Throughout the process we stuck to the principle that whatever we changed, the game still had to be Rugby, and nothing could compromise the Wallabies’ preparation for Test Rugby. In fact, I believe the changes we have implemented will broaden and enhance the capabilities of our players.”

A full breakdown of the law variations to be applied in the 2020 Vodafone Super Rugby AU season are listed in the table below.

The Vodafone Super Rugby AU season will officially get under way when the Queensland Reds host the NSW Waratahs at Suncorp Stadium in Brisbane on Friday, July 3, before the Brumbies host the Melbourne Rebels at GIO Stadium in Canberra on Saturday, July 4.

Western Force will make their season debut against the Waratahs in Sydney in Round 2.

1. When an attacking player carrying the ball is held up in the in-goal or knocks the ball on play restarts with a goal line drop-out.

2. When a kick enters the in-goal area and is forced by the defending team play restarts with a goal line drop-out (

To claim a mark, a player must:

4. Red Card – A red carded player can be replaced after 20min

5. 50/22
A kick taken from within the defending team’s 50m area that travels into touch within the opposition’s 22m area having first bounced in the field of play results in a lineout throw to the kicking team

6. 22/50
A kick taken from within the defending team’s 22m area that travels into touch within the opposition’s 50m area having first bounced in the field of play results in a lineout throw to the kicking team

7. Super Time
(2 x 5min periods of extra time) in the event of a drawn game after regulation time where the first points scored wins the match for the scoring team