Ireland are now the second best rugby team in the world 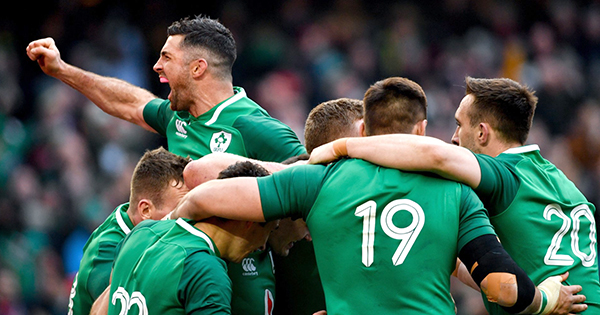 Ireland’s win over Scotland on Saturday, combined with England’s loss to France, means that they not only claimed the 2018 6 Nations Championship title, but moved up to their highest position in the official World Rugby Rankings since 2015.

Too further rub in their status as the second best team in the world, Saturday’s 20-point win over Scotland helped them to leapfrog England to the second position.

They picked up 2.52 rating points in their favour, passing England, while New Zealand – who they famously beat once off in Chicago – still sit safely at the top of the pile.

As Ireland go in search of their third ever Grand Slam this coming Saturday, it is England that they will face. Last year’s Championship winners are now just 0.35 of a ranking point behind them.

Scotland’s loss to Ireland means that South Africa benefit, as they move up to 5th on the rankings again, with Scotland swapping to sixth, while France move up two places to eighth, gaining 1.89 points by beating England 22-16.

There was some concern about Cian Healy post match, after it appeared that he took a headknock, but was not properly attended to. An official statement has since been made though, clarifying that Healy was in fact suffering from a shoulder knock.

“Cian Healy suffered a stinger-like injury to the shoulder/trapezius area. He experienced some discomfort on the field and received the appropriate treatment. Cian will train fully this week.”

He, along with all 36 squad players, are available for selection for this coming weekend.

FULL HIGHLIGHTS FROM IRELAND vs SCOTLAND