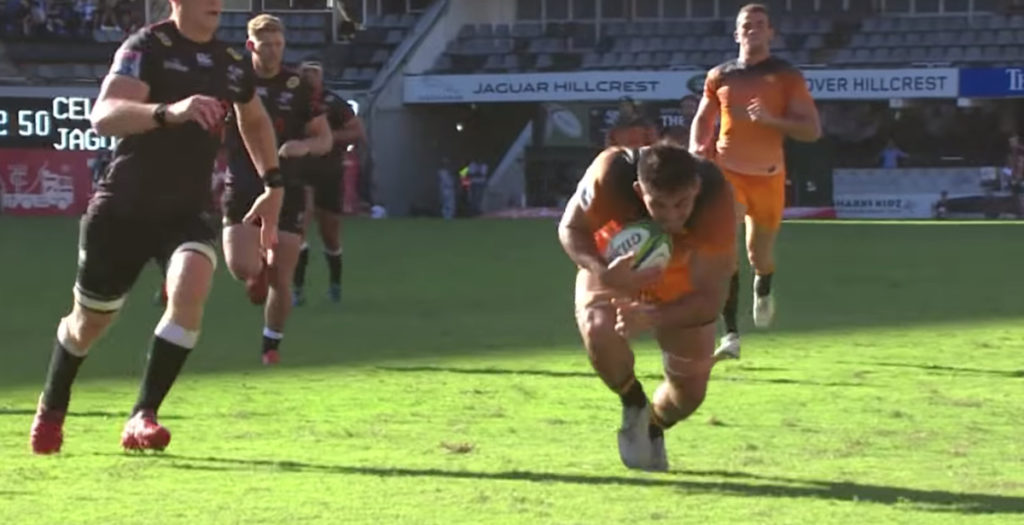 Jaguares and Argentina flanker Pablo Matera ran 70 metres to score his first of two tries against the Sharks in round eight of Super Rugby 2019.

The former Leicester Tigers back row received the ball inside his own half following a quick turnover and made a clean break down the centre of the pitch before chipping the ball over the Sharks fullback to score a wonderful individual try.

The Argentinian franchise scored seven tries against the Sharks at Jonsson Kings Park stadium, Durban on the way to a 17-51 win, which leaves Jaguares two points behind the Sharks who sit top of the South African conference.

Matera has earned 56 caps for Argentina since making his international debut in 2013 and he was given the Jaguares captaincy ahead of the 2018 Super Rugby season.