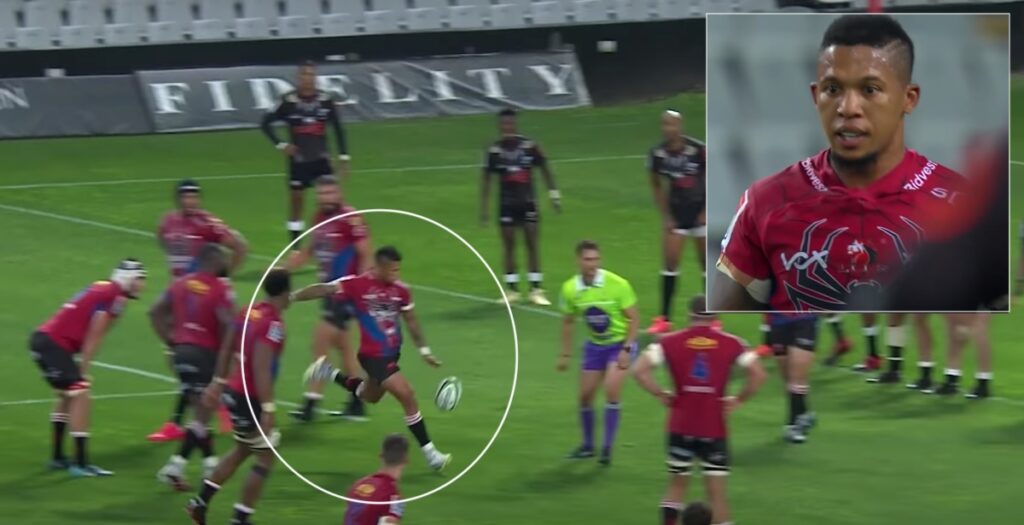 Lions fly half Elton Jantjies produced a moment of brilliance to set up Jamba Ulengo with a lovely cross field kick against the Sharks on Friday.

The 30-year-old caught out the Sharks defence with a quickly taken penalty kick across the pitch to Ulengo on the wing, who touched the ball down in the 51st minute at the Kings Park Stadium.

While Jantjies scored 11 points in a very solid performance in Durban, he missed a late penalty to draw the game meaning the Sharks came away with a 19-16 win in the opening round of Super Rugby Unlocked, South Africa’s domestic competition.

Jantjies has earned 37 caps for the Springboks since making his debut in 2012 and so far in his career has represented the Lions more than 120 times.