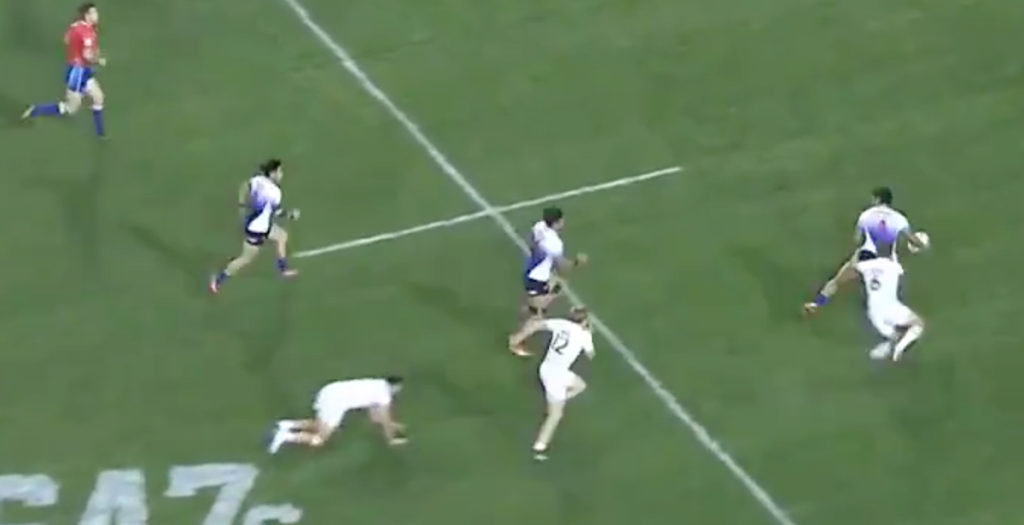 The Japanese sevens team produced one of the most patient tries of the World Sevens Series against England in Las Vegas.

The side made 18 passes over five phases from their own try line to score under the posts. But it wasn’t enough for the Japanese, as England went on to win the game 31-12 and sit top the group, leaving Japan bottom.

Japan are just beautiful to watch play rugby. Take a look at this brilliant sequence of play that results in a length of the pitch try against England #USA7s pic.twitter.com/t2AvBSafp8

However this hit from Japanese prop Siosifa Lisala in the same game will give the team something to cheer about, and it’s difficult to stop watching it.

England will play South Africa on Saturday night, 22:10 GMT in the final round of the pool stages at the Sam Boyd Stadium, Las Vegas.