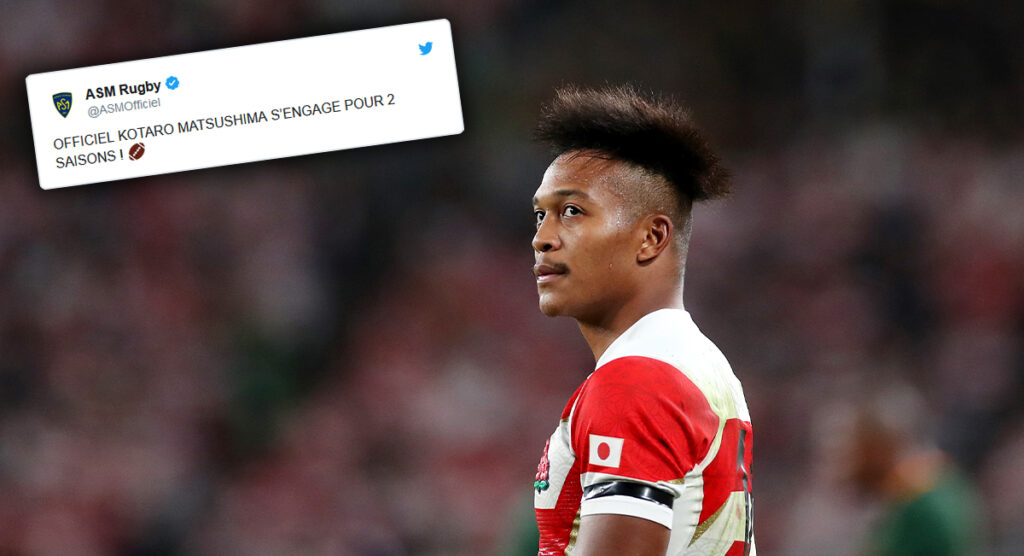 After Clermont Auvergne announced the signing of Japan star Kotaro Matsushima, it is hoped that this could be the first of many players to make a move from Japan to France.

The winger is fresh from a sensational Rugby World Cup with the Brave Blossoms, where he perfectly fitted into a team under Jamie Joseph that played at a relentless pace.

He will finish the Top League season in Japan with his current side Suntory Sungoliath before making the move to central France on a two-year deal.

The 26-year-old was one of many Japanese players that captured the imagination of the rugby world during the RWC, and it is hoped that he may set a trend for many of his compatriots to follow.

While it has been done before, the move from Japan to France is not common, as players have often opted to play for southern hemisphere sides instead.

However, capturing such a big name in Japanese rugby could encourage names like Yu Tamura, Timothy Lafaele and Kazuki Himeno to follow suit. This will only help improve the standard of the Top 14, as well as its global appeal.

One of the main incentives of moving to France for players is the money on offer, but this may not entice many Japanese players who currently play in the equally free-spending Top League. Moreover, the influx of international stars that have joined the league in the wake of the RWC has only improved the standard of the league.

No player would want to abandon their league during a time where it is growing in status, but a move to a different rugby environment, particularly a much more physical league, may actually benefit both Matsushima and in turn Japanese rugby.

Having already played for Toulouse’s under-21 team earlier in his career, the winger has already had some exposure to French rugby, but the main concern is that it will be hard for players to acclimatise to such a different rugby league.

However, if Matsushima carries the form he showed in the RWC, where he scored five tries, to the Stade Marcel-Michelin, this will prove to be a very astute move by Clermont.

What a signing! Matsushima and Penaud on the wings for Clermont next season 🔥 @rugbyclermont_ https://t.co/K7Wzxr5pUt