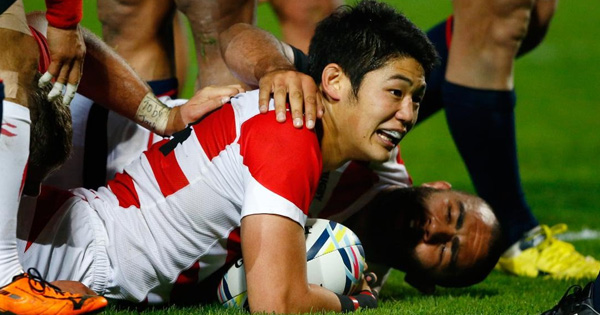 Japan finished Rugby World Cup 2015 with a best ever 3 wins, becoming the first side to ever win three pool matchs and not progress to the quarter finals. They beat the USA 28-18, the first time they’ve beaten them in the tournament before, following losses in 1987 and 2003.

To put things in perspective, before this tournament the last time Japan had won a Rugby World Cup match was in 1991 against Zimbabwe. The victory over South Africa was watched by millions back home in Japan, where the 2019 edition will be hosted.