Japan's sensational length of the field try against Scotland 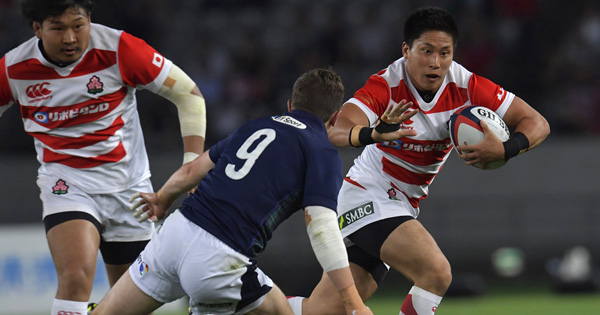 Scotland kicked their way to a 21-16 second Test victory over Japan however it was the hosts who scored the only try of the match, and it was an absolute beauty as they ran the length of the field. Greig Laidlaw rescued things for the Scots though, kicking four penalties to seal the win.

World Cup 2019 hosts Japan went ahead with this sensational Kaito Shigeno try, showing that they not only have the ability to score great tries, but equally possess the mindset and belief needed to capture the attention of the sporting public, while earning themselves heaps of neutral fans.

“That was as good a try as you will ever see. If it was the All Blacks scoring that, we would be eulogising about it for years.” – said former Scotland captain Andy Nicol on BBC Scotland.

There were 34,000 fans in attendance, including Japanese Emperor Akihito and Empress Michiko.

The Scottish win however gave them a 2-0 series victory, despite Japan fighting all the way.