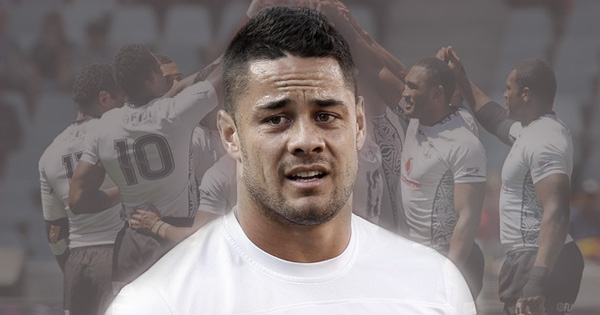 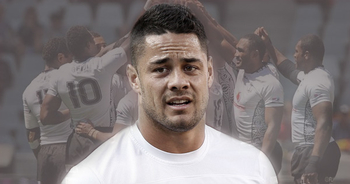 Last night huge news broke as Jarryd Hayne left the NFL, opting to have a crack at the Fiji Sevens team. The former Rugby League star has called time on an NFL career with the San Francisco 49ers, citing the chance of playing in the Olympics as too good to refuse.

Hayne, whose father is Fijian, played rugby league for Fiji in 2008 and recently presented the 7s team their jerseys at the Sydney Sevens in February.

It set the wheels in motion for an unprecedented switch, one that has many scratching their heads, with just one leg of the Sevens World Series left.

“I am retiring from the NFL because the Fiji Rugby Sevens team reached out to me about the opportunity to join the team for the upcoming Olympics, and I simply could not pass that chance up,” he said in a statement yesterday.

“The Olympics has been something I have admired since I was a little boy, and it is an opportunity I feel very similar to me joining the NFL.”

Fiji coach Ben Ryan has confirmed that he has been in talks with Hayne for some time now.

In other news – Jarryd Hayne joins us in camp for London 7s. 14 players to contest the 12 sports for last tournament of @WorldRugby7s

“I’ve had a few conversations with Jarryd and followed his career in the NRL in Australia, in the Bati with Fiji, and more recently with the NFL as a running-back for the 49ers,” said Ryan.

“He got a taste for sevens when he was with the boys in Sydney and that sowed a few seeds, and that has just got bigger.

“I have no promises he is going to make the 12, but we will see how he goes. He will then come into Fijian camp for the Olympic period. It is a huge challenge for Jarryd but if he gets into the squad it is only going to be on form, because he is a blinding rugby player. If he doesn’t make it, is just shows how good this Fijian sevens side is.

“It is a no lose situation for me. It is no lose for Jarryd either, he gets himself into the possibility of being a part of this journey, and the boys are all going to learn off him as well.

He comes in with an ‘A’ but it is up to him to hang onto that, it’s really exciting and really what the Olympics is all about.”

Ryan says that getting the talented squad down to just 12 will be similar to a reality show.

“I have seen a glimpse of it this week, there is no space to play the competition is so high, it’s always at 110 per cent. We are going to have that for six or seven weeks. I need to get that balance right, but I will stay true to my values and pick on form.” 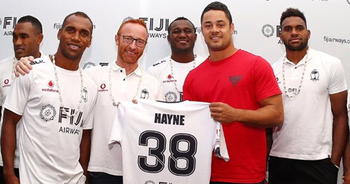 There are many who feel like Hayne’s chances are very slim, such as former Australian Sevens coach Michael O’Connor. He says that adapting to the shortened form of rugby is a huge ask, and one he personally doesn’t feel Hayne will be up to, based mainly on time.

“A lot of the athletes that [Ryan] has over there, they’ve been in a Sevens program for three or four years and he’s got a squad of 30 or 40 players who, you know, athletically are as good as Jarryd Hayne in my opinion,” O’Connor told ESPN.

“But they’ve been conditioned, they know Sevens, they’ve been playing it and they’ve been preparing for it and for someone to come in at this late hour with two months to go before the Olympics… they’re a successful side as it is.

“I could understand if it was Brazil or a side that was lacking talent, but they’re the world champions. I just can’t get my head around it.

“So to pick that up in two months, just that alone, would be very difficult.”

We’ll keep an eye on his 7s progress and if it doesn’t work out for him, don’t be surprised if he avoids returning to the NRL and instead finds himself in Europe. Toulon anyone?