Joe Marler and TJ Ioane both suspended after double altercation 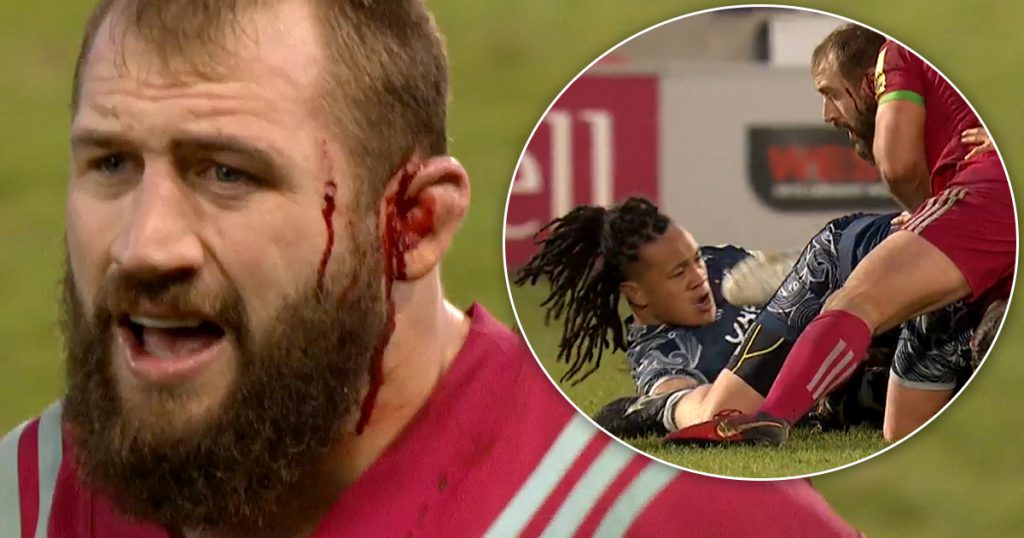 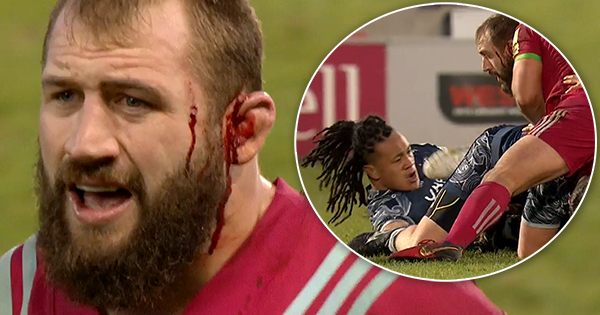 Harlequins prop Joe Marler and Sale Sharks flanker TJ Ioane have both been handed suspensions following altercations between the two players just minutes apart. Each will have to sit out for a few weeks, with Marler missing part of the Six Nations.

The two players first came to blows in the 53rd minute of Saturday’s Premiership clash, after Marler tackled the Samoan international. For reasons unknown, Ioane then swung an elbow which appeared to catch Marler in the head, causing the blood seen here.

The Quins front rower pointed it out to referee Matt Carley but by the time there was a break in play, it was already quite a few phases later and the referee was not extremely interested in reviewing the incident.

Marler appeared riled up by this, and just minutes later, took his opportunity to take out Ioane.

That challenge, which was off the ball and made contact with Ioane’s head, resulted in a straight red card for Marler, as seen below. You can watch the full incident here.

At his disciplinary hearing, Marler pleaded guilty to striking with the shoulder, contrary to law 9.12.

“The panel found that contact was made with the head of TJ Ioane and as a result the mandatory entry point is mid-range,” explained chairman Philip Evans QC.

“The panel considered that the player’s previous record was such that it required an additional period of suspension of one week, however because of his plea, his conduct since the incident took place and other personal mitigation, the panel allowed some reduction”.

He was therefore suspended for a period of six weeks and is available to play again on 20 February 2018, just a few days before England’s Six Nations match with Scotland.

He will, however, be unavailable for their first two matches, against Italy and Wales respectively.

Ioane meanwhile also pleaded guilty to the charge against him, also for striking, and was suspended for a period of two weeks, free to play again on 23 January 2018.