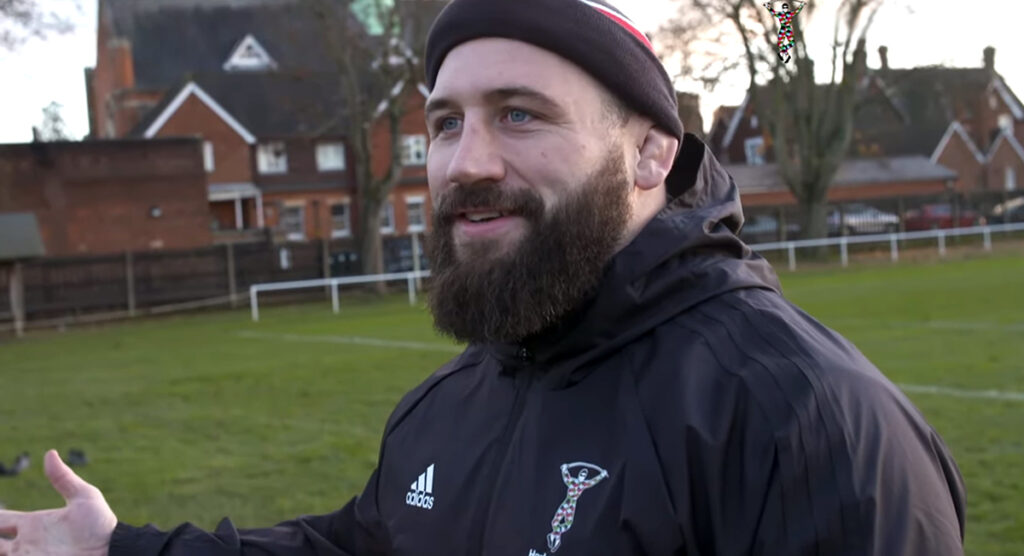 Joe Marler will be back in action for club Harlequins very soon, after returning from Rugby World Cup duty in Japan a few weeks back. When looking ahead to the upcoming fixture against Bath, he gave this preview, which quickly turned into a metaphor, of sorts, including an impression of an Irish horse.

Marler was recently on The Jonathan Ross Show and proved a hit, as he answered questions on that Haka response, as well as sang an Adele classic.

WATCH: Joe Marler does Adele and talks about THAT Haka in comedy gold on Jonathan Ross Show

When in Japan, he and front row partner Dan Cole had a hilarious press conference, in typical Marler style.

It’s why fans love him and you can’t deny that the man is pure entertainment and in a sport that is becoming more professional by the day, characters like this should be welcomed and as Harlequins are clearly well aware of, given as much time in front of the camera as possible.

This interview surely goes down as a classic, alongside the likes of Brendan Venter, Nick Cummins and of course, Brian O’Driscoll’s comments about a tomato.