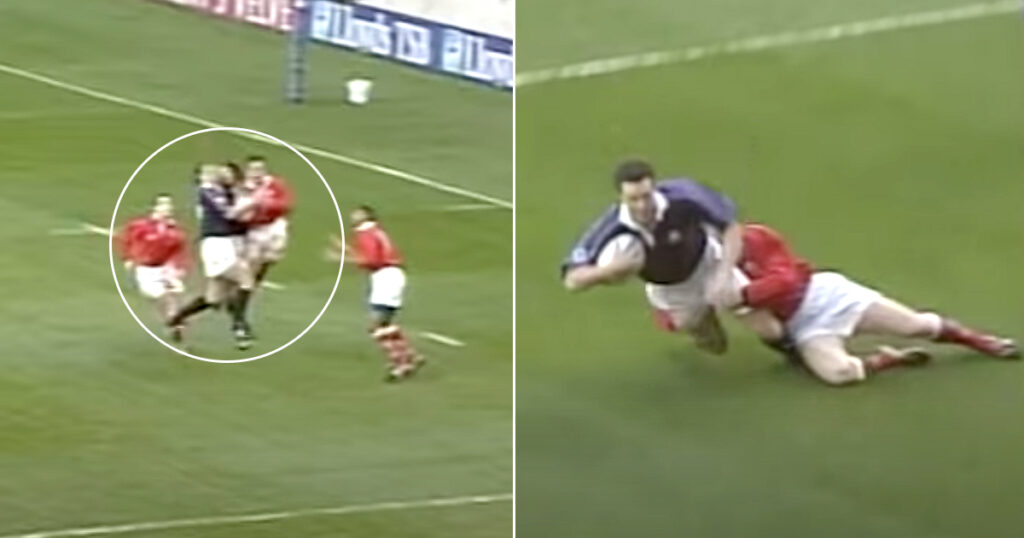 In 1999 the last ever Five Nations tournament took place and it proved to be memorable for a number of reasons, none more so than the famous Scott Gibbs try in Wales’ win over England. But when Scotland hosted Wales in the opening round, the match got off to an incredible start.

Scotland started the Murrayfield match in dramatic fashion when New Zealand born back John Leslie scored within 10 seconds of kick-off, setting the tone for an outstanding performance.

The score was the fastest ever from kick-off, with Leslie scoring just a year after he and his brother, Martin, qualified for their adopted country thanks to a Scottish grandfather.

“You can’t get a better start than that,” said Jim Telfer, head coach at the time.

“It’s so important in international rugby, especially if things haven’t been going so well, to get ahead of the game. Wales were dangerous early on but very predictable towards the end,” he added, after Scotland won the game 33-20 following a resilient comeback from the Welsh.

WATCH: Wales u20 winger scores try within 7 seconds of kick off!

Leslie gave them the ideal start as he competed well for the ball from the kickoff and actually ended up snatching it right from the grasp of another New Zealander, Shane Howarth.

“It was just one of those things where the ball fell into my lap,” Leslie said.

Scotland won the Championship that year, thanks in part to that memorable Scott Gibbs try against England.

There have been a number of fastest ever tries scored in domestic rugby, but in senior Test rugby, Leslie’s feat is allegedly only matched by England’s Bart Price, who scored against Wales in 1923.

It’s difficult to know how accurate the timing was back then, so it’s safe to say that Leslie’s record is safe, and most likely won’t be beaten anytime soon.