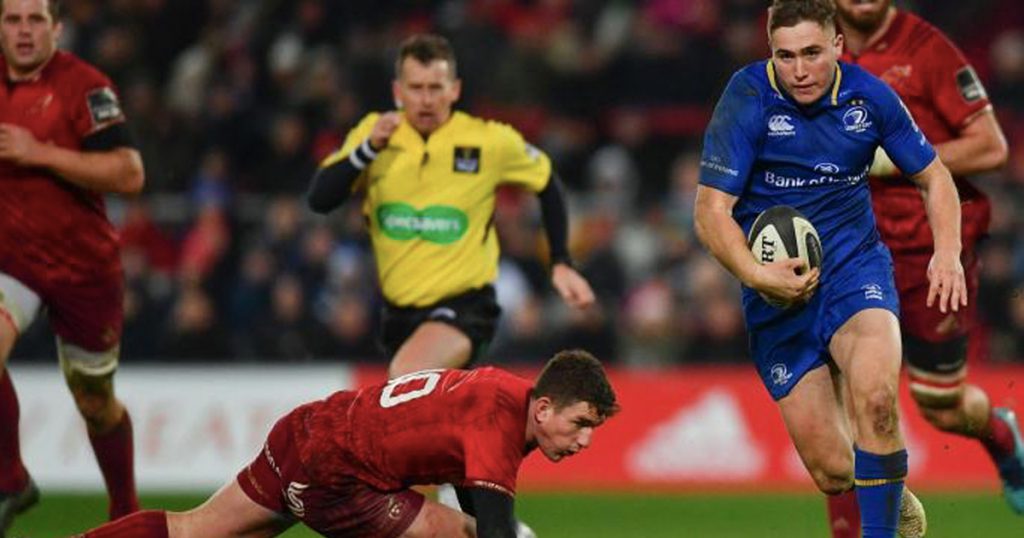 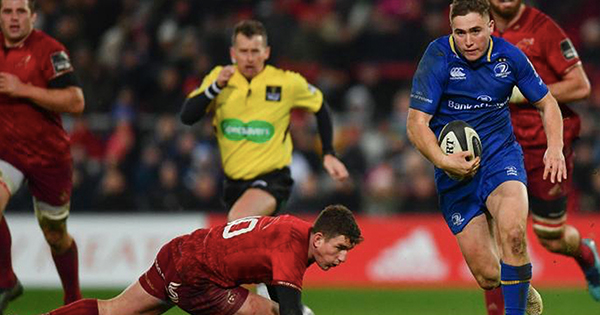 Leinster fullback Jordan Larmour scored a genuine try of the season contender as Munster were defeated 34-24 at Thomond Park. Just 20-years-old and already on Joe Schmidt’s radar, Larmour will have Irish fans salivating at what is still to come.

A deep kick from Ian Keatley had young Larmour under a little pressure, but his quick feet and instant hunger to attack meant that within seconds he had beaten three Munster defenders.

Stepping off both feet, Larmour fizzed away towards the tryline before Simon Zebo’s admirable effort to pull him in nearly worked, but an out of breath Nigel Owens was on the spot to see the grounding.

His sensational effort secured the bonus point win and also put an end to Munster’s thoughts of a comeback, even if they did score a nicely taken try with four minutes left.

“That’s exactly what I told him to do before the game so I’m glad he obliged,” joked Leinster coach Leo Cullen, a former lock, post match.

“Actually we were laughing about it because I said to him ‘just go out and beat a load of defenders’ and that’s exactly what he did. So yeah, it was an amazing try.”

Cullen was full of praise for the talented youngster, who has scored 4 tries in 11 matches (6 starts).

“He’s like a bundle of energy every day he comes in and he’s just incredibly competitive, and yeah, he did well, it’s fair to say. That’s probably the biggest understatement of all time.”

Munster’s new coach, South African Johan Van Graan, could only sit back and admire the effort from Larmour, whom he said played a large part in the Munster loss.

“He looks like he’s been playing for years. We could have worked on our kick, but sometimes in this game you’ve just got to say ‘wow’.

“Now I sat there and said those feet and that decision making, sometimes we forget that there is an opposition team as well. So well done for scoring that try, I thought he was brilliant in the whole game. That’s pretty special and the big moments went Leinster’s way tonight. He had a big part to play in it.”

Larmour scored an equally impressive try earlier in the season against Ulster: