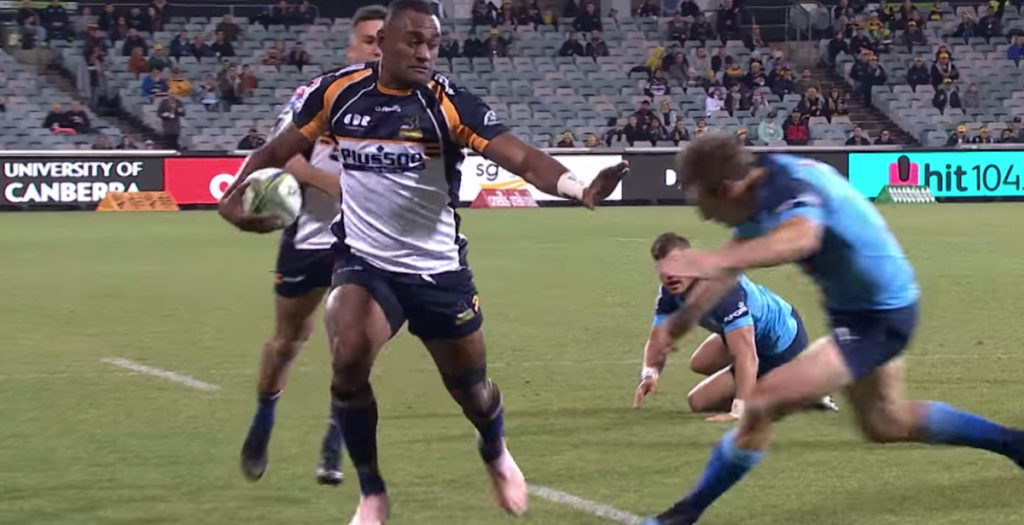 Wallabies centre Tevita Kurindrani scored a hat trick of tries to help the Brumbies beat the Bulls in Canberra on Friday in round 15 of Super Rugby.

The 28-year-old scored twice in the first half and completed his hat trick on the hour mark, but the pick of his tries was this lovely line from the back of a rolling maul which sliced through the Bulls defence.

Kurindrani’s other two scores came on the wing, highlighting his ability to poach tries as well as set them up and this win for the Brumbies retains their position at the top of the Australian conference.

The game finished 22-10 to the Brumbies and full match highlights are available below: