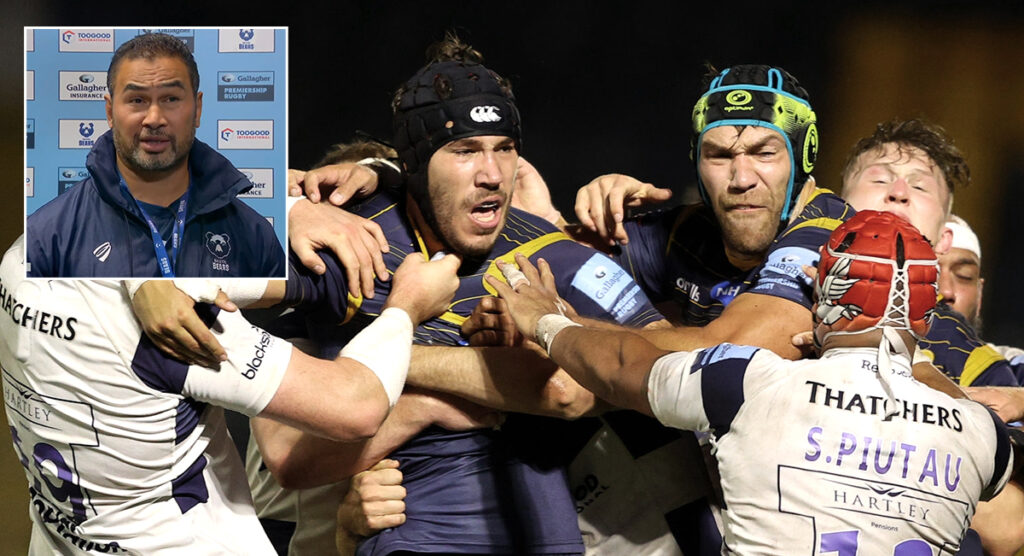 Rugby’s judicial process has been under scrutiny this week with a string of cases. Owen Farrell’s five-match ban for his high tackle against Wasps at the weekend may have stolen the limelight, but Bristol Bears director of rugby Pat Lam has been left “extremely frustrated” at a three-week ban handed to his player Siale Piutau.

Speaking after Bristol’s win over Northampton Saints on Tuesday, Lam excoriated the judicial process, whereby his player received the same length ban as Worcester’s Andrew Kitchener after an “unprovoked attack”.

“Siale has been attacked by two guys. Our process means he’s not allowed to strike back” Lam told BT Sport.

“You’ve got to have self-defense. You should be able to defend yourself if someone wants to attack you like that. What do I say to his wife and his children if he gets a whack in the head and can’t defend himself?

“The message that came out of that was wrong. Things have got to change. It’s not great for our game. I just want the best for our game and our players.”

Players are already coming out in support of Lam, but the former Samoa international is not the first person to criticise the citing process. He also raised the issue that Piutau has had five concussions in his career already, suggesting that any more damage to his head could have dramatic consequences on his career, and that the judicial process is there to protect players from incidents like this.

Of course, Piutau also threw a punch and received a yellow card, but Lam has stressed that that was in self-defense, and his main contention is that Kitchener received the same length ban, despite being the instigator on this occasion.

The lock may have taken umbrage at Piutau’s tackle and treatment of Ted Hill in the prior phase, but that barely defends why he sought out the centre after play had stopped, which is why he was shown a red card by referee Wayne Barnes.

Lam finally questioned how Kitchener was also allowed to swear at the referee, leaving him to despair at the “inconsistency” of the process.

All in all, rugby’s judiciary has come under fire this week, and calls for changes are unlikely to die down.