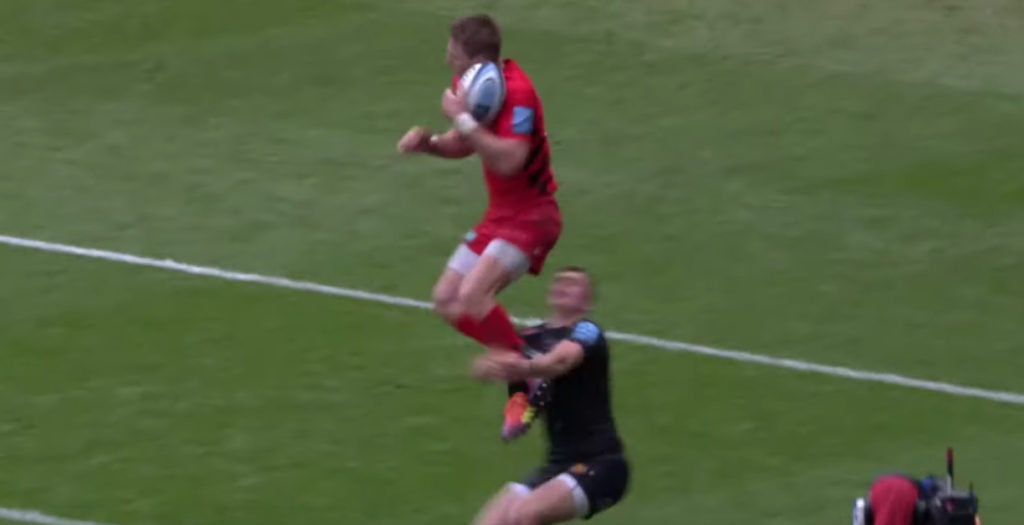 Saturday’s Premiership final finished 34-37 to Saracens in an epic showcase of rugby at Twickenham which will go down in history as one of the greatest ever club finals.

Not only did the game produce the fastest ever try in a Premiership final, it also had the most points recorded in a final and saw one of the greatest comebacks by any team at that stage of the competition.

Sarries trailed 27-16 after Henry Slade scored what looked to be a decisive try for the Chiefs as the clock approached the hour mark, but this piece of inspiration from Owen Farrell and Liam Williams shifted the momentum back with Saracens:

There were 10 tries in total shared equally between both sides and this score by Williams marked the first of a three-try swing by Saracens which saw them cross the line to win their fifth Premiership final.

After the final whistle, BT Sport commentator Austin Healey said this Saracens team, which now has a Premiership and European double, is “arguably the best team we’ve ever seen”.