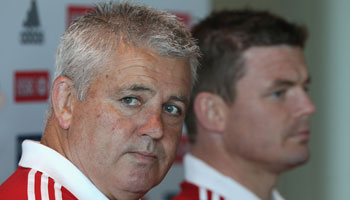 Two weeks before the first Test, British and Irish Lions coach Warren Gatland has denied that there were allegations of the Australian Rugby Union spying on his team.

Gatland stirred things up by reportedly suggesting that the Wallabies had been filming training sessions without permission. It’s turns out that it was actually a member of the public that was found in Perth, and he destroyed the footage when requested to do so.

“We chased someone the other day who was videoing outside the security gates,” Gatland said.

“We know that last week the Australian side were up there videoing us from behind the pitch and doing individual videos on the players.

“We’ve got a completely new set of calls that we’ll introduce at some stage if they have been listening to us. We don’t get too paranoid about that.”

The Australia camp responded with an official statement, denying that anyone connected to the Wallabies had been filming or watching the Lions at training.

Gatland downplayed the allegations at a press conferance, in what was a quite amusing and light hearted exchange with one of the journalists.