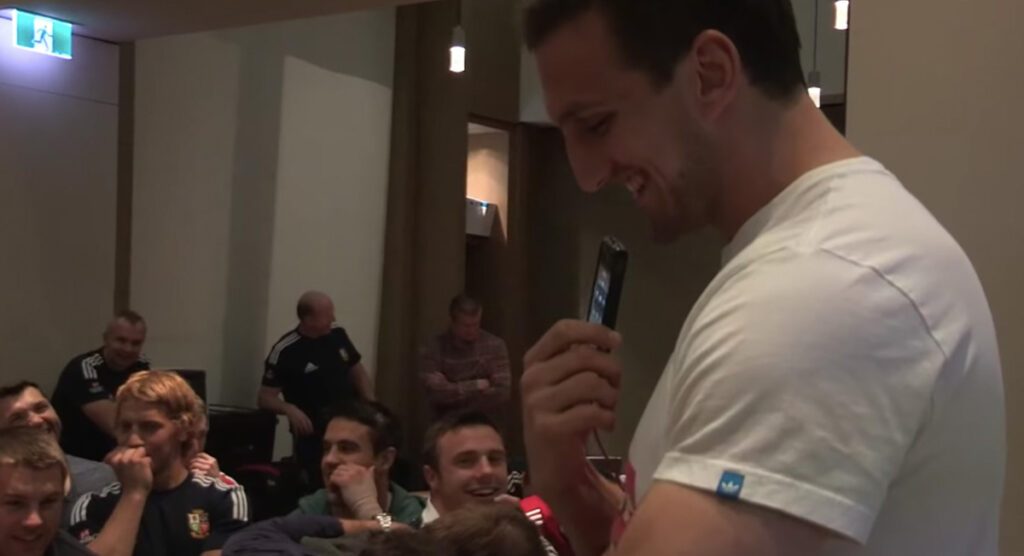 Some hilarious moments occurred during the Lions’ successful tour of Australia in 2013. Simon Zebo was famously punished in a video that went viral. After rolling a four, Zebo was forced to call Rob Penney to ask for the Munster captaincy. Now, video has emerged of Sam Warburton receiving the same treatment.

If you remember the Zebo incident, that stemmed from a hilarious moment on the field where Zebo told Conor Murray to “put it out” with 30 seconds still on the clock before the half.

As punishment, Zebo was forced to roll the dice and make the call.

Warburton also rolled a four and was then forced to call his Blues coach Phil Davies to put his hand up for club captaincy. At that moment, he was already captain of the Lions and Wales.

It didn’t go on too long as the room soon erupted in laughter.