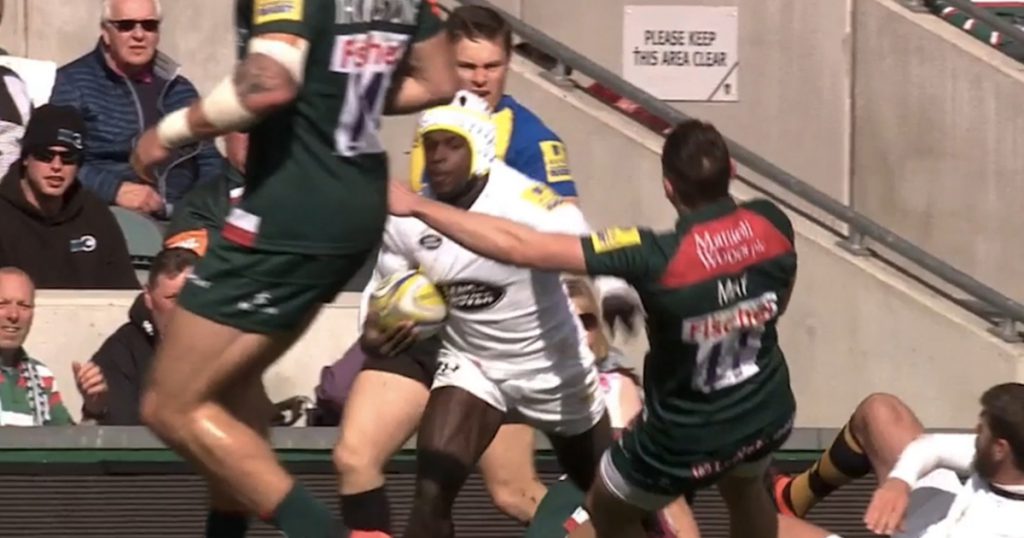 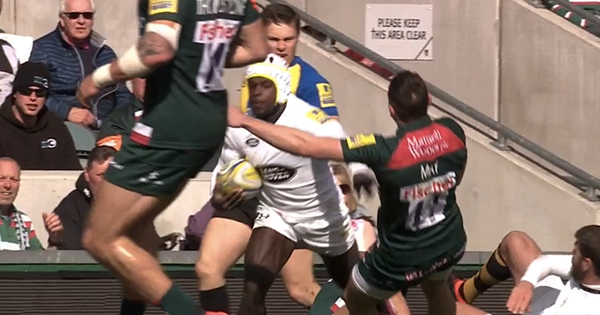 Jonny May was knocked out cold by Christian Wade last weekend, as he fended with the ball carrying forearm or elbow, getting the best of a brutal collission. May, however, is expected to be okay for their next match against Bath.

May was injured in the same minute that centre Manu Tuilagi suffered a pectoral injury. Nicholas Malouf came on as a replacement, and shortly afterwards he made that high and dangerous tackle on Wade.

As a result, he was suspended for three weeks following a citing and disciplinary process.

May had to leave the field after a lengthy treatment, but managed to walk off himself. His recovery is being closely monitored, ahead of their next match on April 7th.

“Jonny got a bang on the head and it’s a straightforward H.I.A return to play protocol,” explained Leicester Tigers head coach Matt O’Connor. “He will continue on as per usual and, barring any hiccup through the protocols, he should be right for Bath.”

Tuilagi’s injury caused concern for fans, but O’Connor is confident that it might be okay, and is patiently waiting for a better assessment.

“There is no rush. The longer you wait, the better clarity you get from a scan perspective so we are quite optimistic. Our medics certainly think it is not serious. It is not the same pec he injured a couple of seasons ago, which is really positive. It should be a minor issue, hopefully.”

This knockout wasn’t pleasant to see but some of you had mentioned it so here it is as a bit of a discussion point, regarding the ball carrying bump off and May’s tackling technique.