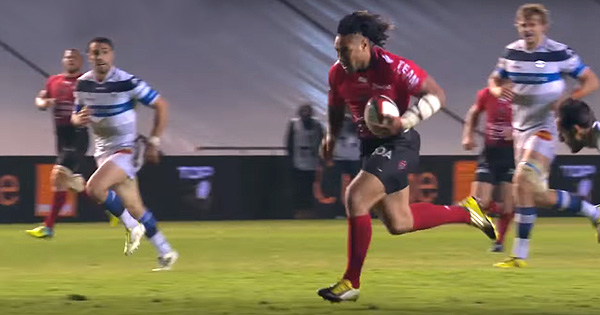 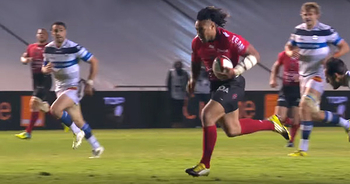 Toulon beat Castres 17-7 on Sunday, staying on course for the Top 14 playoffs despite having a rough week with injuries. Ma’a Nonu and Josua Tuisova both scored excellent tries, while Quade Cooper had a fairly mixed night, and we saw an uppercut get punished.

The conditions were wet and it wasn’t until just before halftime that points went on the board, as brilliant Toulon winger Tuisova powered through two tackles, including one from former teammate David Smith, then outsprinted the cover.

These days you don’t see many players swinging punches but usually when it does happen, it’s automatic red. So prop Karena Wihongi can count himself fortunate to have only been sin-binned for his cheapshot, even if the connection might not have been huge.

Another twenty minutes into the second half and Wallaby Cooper, who was recently axed by the Australian 7s due to not having had enough time to prove his worth, made a decisive break that led to the Nonu try.

Cooper made one or two errors in the rain early on, but his footwork for the break was key, followed by the perfect line taken by All Black Nonu.

Frederic Michalak came into the team after Matt Giteau was forced out with an abductor strain. The former Test flyhalf converted both tries, but with time almost up he got a little cheeky, trying his hand at a dinky chip, which backfired badly as Castres scored a consolation try.

Toulon are third overall, seven behind leaders Clermont but just one behind Montpellier.

You can see the Cooper/Nonu try below, then full French highlights below that, including sneaky uppercut and electric try by speedster on the wing, Josua Tuisova.