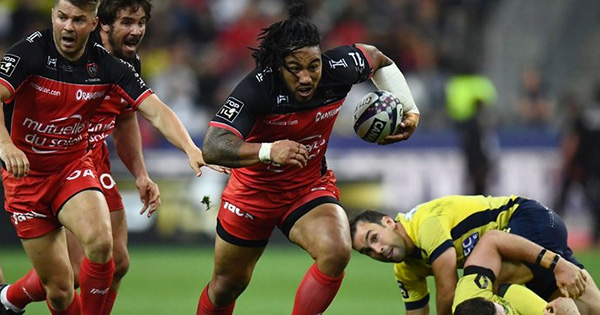 Despite being on the losing side, Toulon centre Ma’a Nonu played fantastic rugby as he slid in and out of the defence to make several line breaks. He also secured a key interception and made a punishing charge at Clermont lock Arthur Iturria.

It seems that Toulon are dead set on seeing which of their monster backs can produce the most destructive run, Nonu himself being no stranger to dealing out the punishment.

Just after the second half got underway, Nonu started a run that quickly left Iturria sprawled in his wake. Slow motion revealed that Iturria took Nonu’s forearm to the face, which would certainly cause most to stay on the turf for a minute or two.

In the end, neither the hit nor Nonu could effect the overall outcome as Clermont won the Top 14 final 22-16.

It was also the end of the road in Toulon for several key Australian players. Drew Mitchell has chosen to retire, Matt Giteau will head to Japanese Top Rugby side Suntory, while James O’Connor appears to have also potentially played his last match with Toulon.

Speaking of O’Connor, he experienced – yet again – a bit of foul play as he was knocked unconscious by a high challenge by Clermont number 8 Fritz Lee. He was replaced by Francois Trinh-Duc but would later re-enter the contest.