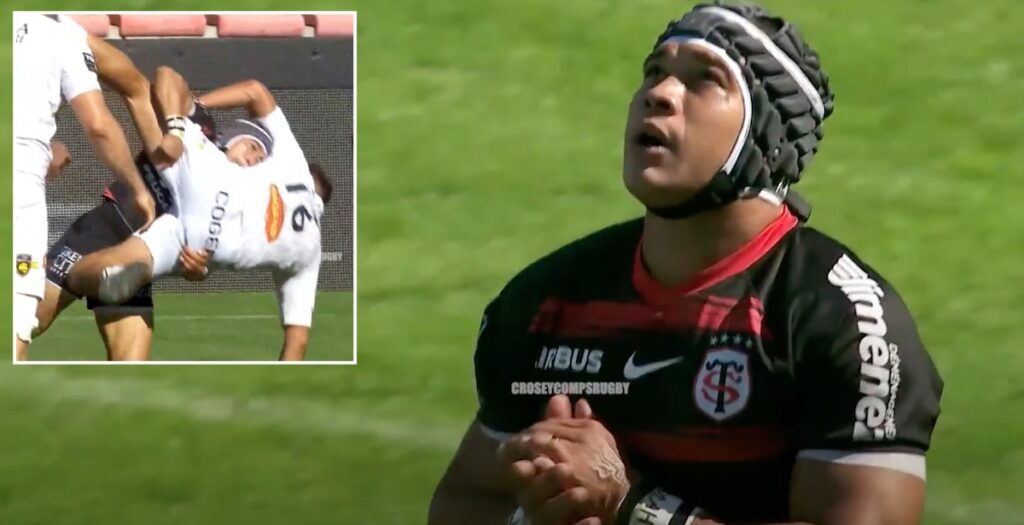 The 5ft 7” winger scored twice and produced a simply amazing all round game with excellent kicking, interceptions, big tackles and ridiculous footwork.

Kolbe’s first try was a simple finish on the right wing after just 10 minutes but his second came five minutes from the end of the first half and was simply mesmeric.

The 26-year-old used his delicate footwork to step inside three defenders en route to the try line at Stade Ernest-Wallon including a seriously cool goose step.

The following player highlights reel of Kolbe throughout the whole game highlights just how influential he was in helping Toulouse to a 39-23 win.

Kolbe joined Toulouse in 2017 from the Stormers and now has 14 Test caps for the Springboks since making his debut in 2018.

He was one of crowd favourites during the 2019 Rugby World Cup in Japan for his dazzling footwork which elevated him to superstar status within the game.