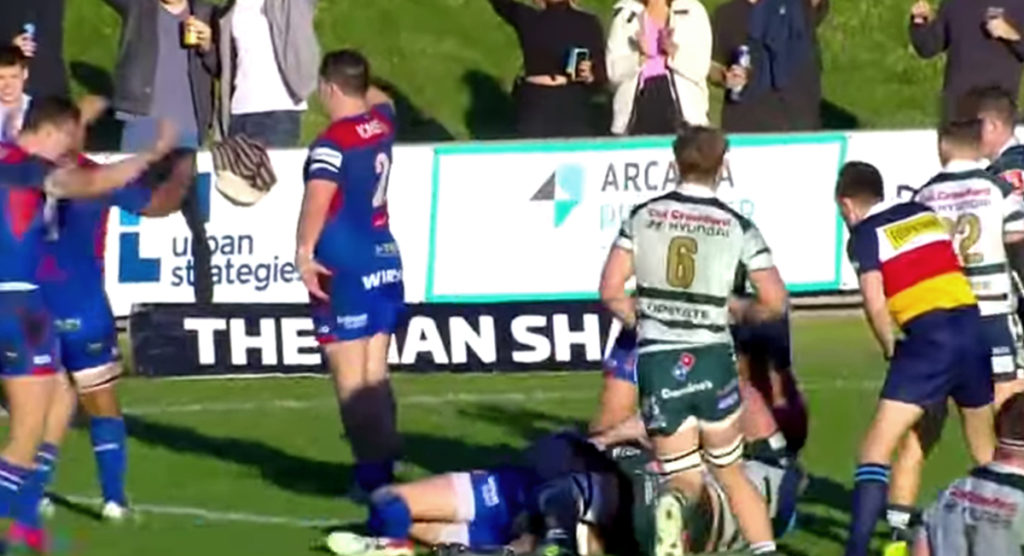 The Shute Shield in Australia was treated to a sensational try recently when Ben Howard went over in the corner for Manly Marlins in the big local derby against Warringah at Pittwater Park.

In one of the games of Round 16, Warringah got the better of their rivals with a 28-23 win at their home ground, more commonly known as Rat Park.

But it was the Marlins who provided one of the scores of the season, as a brilliant piece of skill from a front rower made both sets of fans sit up and take notice.

Flying down the wing after a string of passes, hooker Aaron Blacklock pulled off a beautiful spinning-reverse-offload that somehow went to hand and resulted in a quality try for winger Ben Howard.

It was named as the Shute Shield ‘Man Shake’ Play of the Day and got a special mention on the Rugby Nation show (lower down this page).