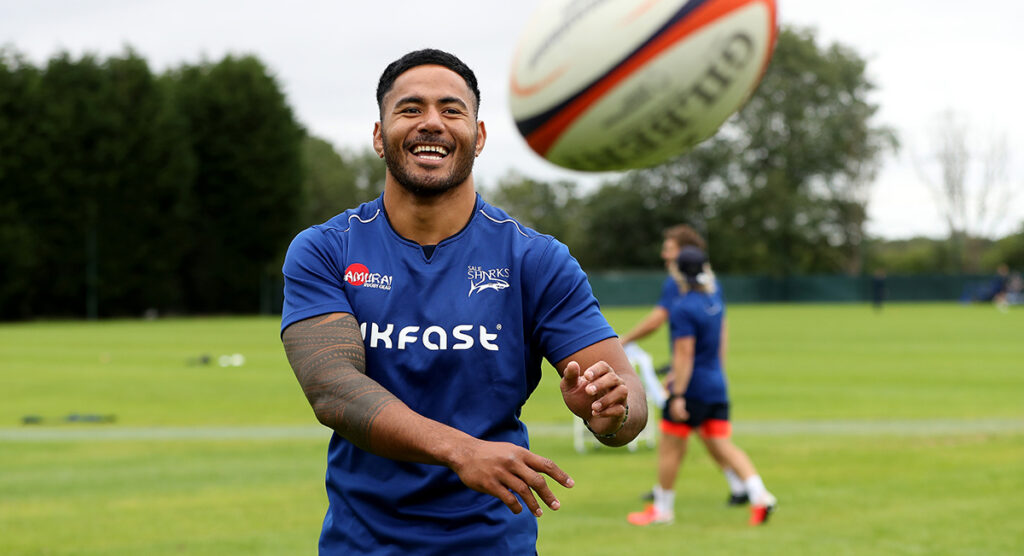 Manu Tuilagi’s arrival at Sale Sharks may have only been announced yesterday, but the England centre has already begun training with his new club.

Leicester Tigers fans should look away now as Sale shared photos of their former player and crowd favourite training at the Carrington ground.

Steve Diamond has wasted no time in bleeding the 29-year-old into his new squad as preparations mount for the return to action in August.

While Tuilagi’s departure had been expected after his failed contract negotiations with Leicester at the beginning of the month, his move to the AJ Bell Stadium was only announced on Monday, ending his eleven-year association with the Tigers.

Though the British and Irish Lion was one of a number of players that left after refusing to sign a new contract, his departure probably cuts the deepest given the fact that he has played his entire club career so far at Welford Road and it ends the long line of Tuilagis that have worn the green, red and white of Leicester.

Having said that, his older brother Andy also played for Sale for three seasons.

The centre joins a Sale side that are tipped to make a strong push during the second half of the Gallagher Premiership season. Most noticeably, his partnership with the equally sizeable Rohan Janse van Rensburg in the centres is something that has drawn a lot of attention.

The arrival of Sam Hill from Exeter Chiefs leaves the Sharks spoilt for choice in the midfield going forward.

The Sharks are already sitting in second place behind Exeter, and had won five from six league matches in 2020 before the season was suspended due to the COVID-19 outbreak.

Adding a player of the calibre of Tuilagi will only enhance their chances of a successful end to the season.