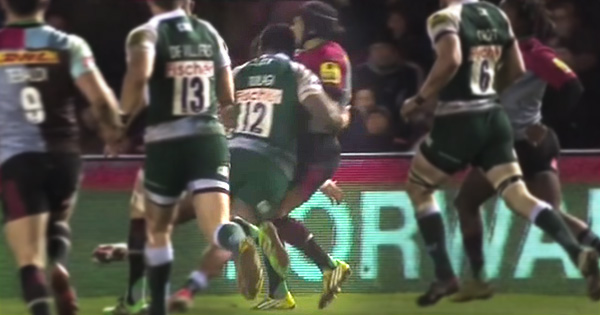 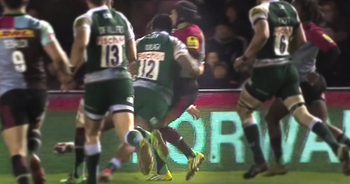 Manu Tuilagi made a return to action for Leicester Tigers this past weekend, following time out with a hamstring injury. He partnered Premiership debutant Jean de Villiers, but all eyes were on the Samoan born powerhouse, who made a big impact early in the second half.

He flew into Winston Stanley, knocking him into touch but catching the eye of referee JP Doyle, who reacted to the jeers of the crowd and what appeared to be a shoulder charge, or push.

Replays showed that Tuilagi had an arm wrapped, but Doyle penalised him regardless, much to the disdain of the commentary team, with Austin Healey in particular calling it a terrible decision.

Tuilagi and former Springbok skipper De Villiers actually had a great battle when they faced one another at Test level in Durban in 2012, so it was nice to see them teamed up on this occasion.

Other than the tackle and some decent carries, one of which led to a try, Tuilagi played another significant part in this match later on, losing the ball in contact.

It resulted in a crucial try for Quins, who went on to win the game 25-19. You can watch full highlights of the match below the penalty incident video.

What is your take on the Tuilagi tackle?