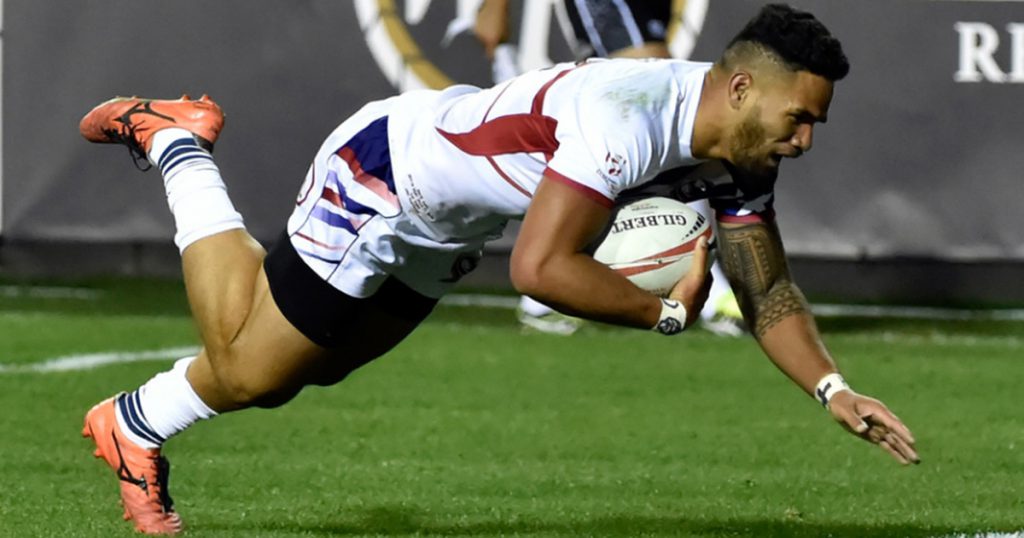 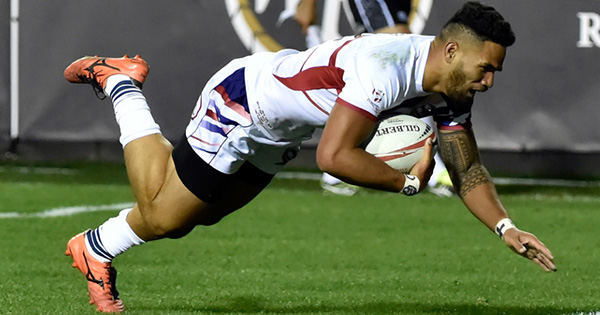 US Eagle Martin Iosefo scored an absolute stunner of a try against Australia in front of the Las Vegas fans on Friday night. It was a try dreams are made, seemingly straight out of a video game.

Just before halftime, in what was his second try of the night, Iosefo bolted down the line after first leaping a pile of defenders. A couple of filthy side-steps later and he was in. At one point, it seemed as thought most of the Australian team were on their backsides.

The USA went on to win the match 28-7, thrilling the home fans at the Sam Boyd Stadium.

They have also been very efficient this season at the restart, sitting alone at the top in restarts retained, with 43%. Obviously, this can pose a significant problem for opposing teams, especially when you have multiple elite finishers.

Without a doubt, the stage for the USA has thus far belonged to Perry Baker. The reigning 7s World Player of the Year has electrified the home crowd following his brace of tries against Australia, and then his hat-trick against England, helping put the Eagles into the Semi-finals against Fiji on Sunday.

Going into the semis on Sunday with an unblemished record so far for their home tournament, the USA will back themselves against Fiji, while table-topping South Africa take on Argentina.