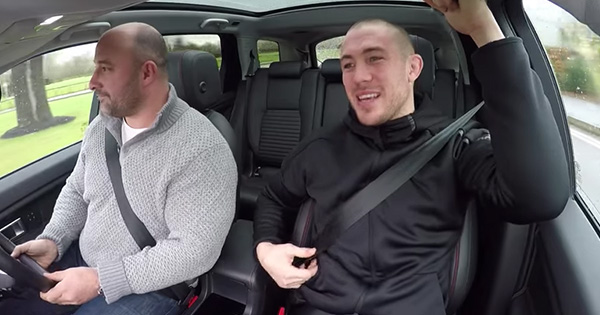 England fullback Mike Brown opens up to David Flatman about life on and off the pitch in this latest episode of Land Rover’s ‘Open Range: Refuelled’ series.

Former England prop Flatman plays host, as we get to see a softer side of Brown as he discusses everything from social media abuse to fatherhood.

He also sheds light on how his competitive nature is often misinterpreted as anger.

Whether it’s fair or not, Brown has a bit of a reputation for being a poster-boy for anger management issues. He’s not done himself many favours in that regard, but as he alludes to, that’s perhaps an incorrect view of someone who is simply driven to win at all costs.

England’s 2015 World Cup disaster was also discussed, as it remains a bitter pill for players and fans, alike. However, England emerged from that crisis with a new coach in Eddie Jones.

Brown also reveals some interesting ways in which Jones communicates with his players, including sending texts during the match. The direct and no-nonsense coach has certainly wasted no time in setting a fire under his squad in search of that number one ranking and World Cup glory.

Although it’s basically wrapped up in an advertisement for Land Rover, it’s a fun video and nice to see another side from Brown, who is perhaps more misunderstood than most top players.

On Saturday, he will start at full back in England’s clash with Wales at Twickenham.