'Misjudged' headbutt gets All Black's older brother a hefty suspension 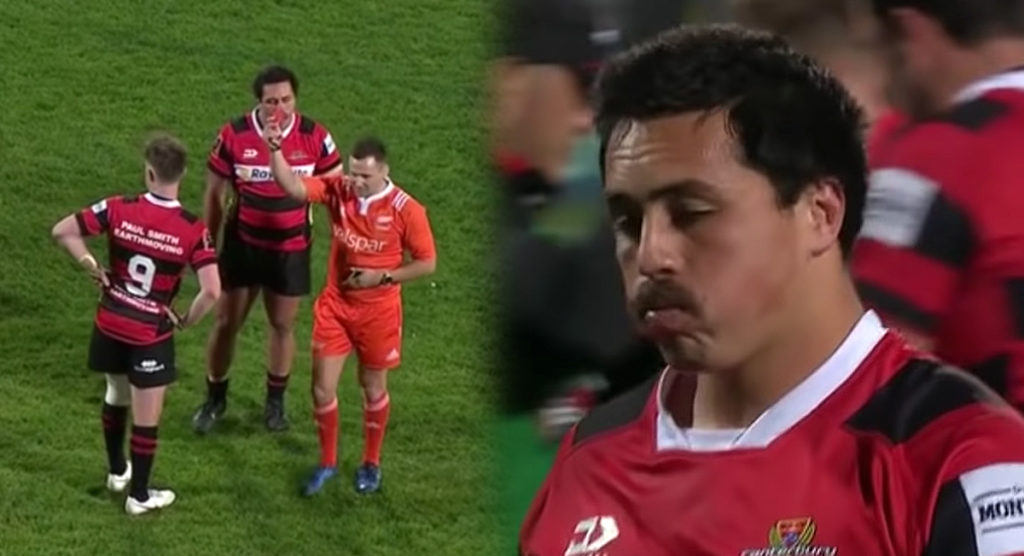 It’s no surprise to hear that Canterbury prop Daniel Lienert-Brown will be out of action for a while following his red card for head-butting Taranaki hooker Ricky Riccitelli last weekend. He is not the only one though, as Taranaki lock Jarrad Hoeata has received the same punishment.

Hoeata was the first to go when the two sides met on Saturday, as we posted here earlier in the week. He took exception to a youngster giving him troubles, so swung a punch.

Later in the match it was Lienert-Brown, as he head-butted Riccitelli following a push from behind.

After mandatory citings and a disciplinary hearing, both Hoeata and Lienert-Brown were handed five-week suspensions, effectively ending their Mitre 10 Cup seasons.

For Hoeata, Duty Judicial Officer Nigel Hampton QC found that his action was deliberate and was deemed a mid-range offence with an entry point of six weeks.

An additional week was added because of Hoeata’s previous judicial record, but a reduction of two weeks allowed as a result of Hoeata’s immediate admission of wrong-doing and apology which resulted in the final suspension for five matches.

Hampton then considered submissions from Lienert-Brown, who claimed he misjudged the distance between himself and the opposition player but admitted his wrong-doing and had earlier voluntarily offered an apology to the other player.

The entry point sanction for what was found to be mid-range offending is ten weeks, but Lienert-Brown’s clean record, immediate admission and apology earned him a 50% reduction in sanction.

He will also miss five matches, including the scheduled Canterbury matches against Counties Manukau on Saturday and the Mitre 10 Cup playoff matches.

Watch the Hoeata incident below