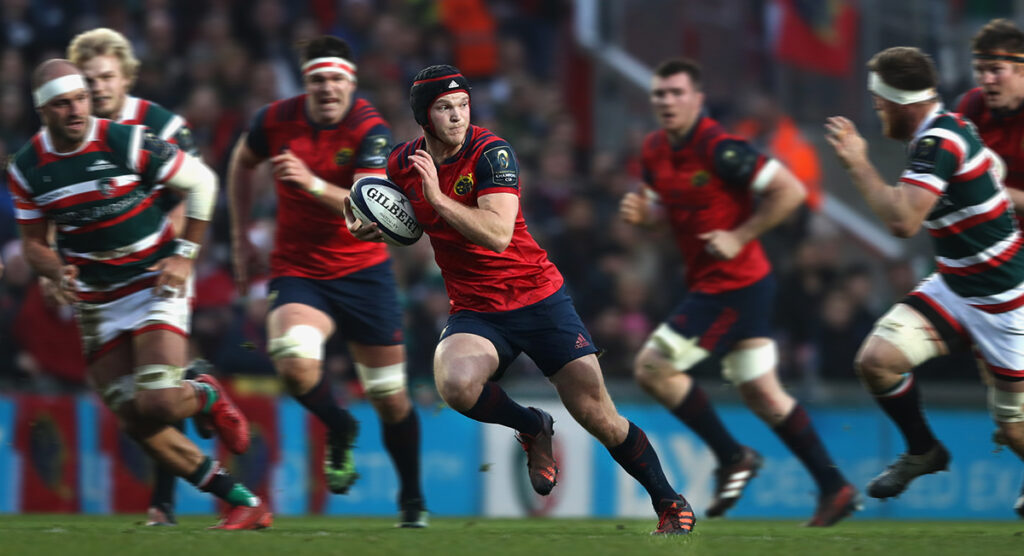 It has today been confirmed that former Crusaders and Munster playmaker Tyler Bleyendaal will retire from professional rugby with immediate effect. He last played in November 2019, but has been advised to retire from the game due to injury.

New Zealand native Bleyendaal has been suffering from a neck injury, so last turned out for Munster against Ospreys in November last year.

“It has been very tough to be honest, to admit the fact that I’m retiring from rugby,” he told munsterrugby.ie.

“But the decision is out of my hands now, it’s a medical decision, and it’s the right decision. It doesn’t make it any easier because rugby is a massive part of my life, but I do know that I gave it absolutely everything.

“It’s the reason Laura and myself moved over to Ireland, literally the other side of the world, and I know I’ve been privileged to play for 10 years in professional rugby and I’m very grateful for all the experiences that I’ve had, the friendships, and the relationships that I’ve made over my time.”

Bleyendaal, who turns 30 at the end of this month, made 62 appearances after making his Munster debut against Benetton Rugby in September 2015. Primarily playing out-half, he also lined out at first centre, captained the side on 11 occasions, scored five tries and kicked 352 points.

It was during the 2016/17 season that supporters saw the full extent of Tyler’s capabilities as he started 25 of his 27 appearances, picked up four man-of-the-match awards, and was instrumental in guiding the province to the Champions Cup and PRO12 semi-finals.

Highly regarded by coaches and players his standing in the squad was highlighted further when he was handed the Munster captaincy for the first time against Edinburgh in February 2017 and was deservedly named the 2016/17 Munster Rugby Player of the Year.

He was also nominated for European Player of the Year off the back of hugely impressive performances.

“It has to end at some point and unfortunately it wasn’t on my terms but I’ve had the ability over lockdown to plan for the future and spend a lot of time with my family at home so there has been some pros to the timing.

“The cons are that I’m away from my teammates, and the guys that I’ve spent a lot of time with. I definitely miss those guys and the in-person relationships but at the same time there’s a lot to look forward to, it might just require a bit of patience until we find out what that is, and when it can happen.

“I want to thank the Munster supporters, they have been absolutely fantastic, and they are a massive reason why myself, and the whole team, love playing in front of our home crowd and our away supporters as well.

“It still amazes me the support we get at any location around the world, and I want to thank everyone for their support, the personal messages, and the support of the team.

“My wife Laura and I have been set up here in Limerick for over five years, we’ve a son, Bodhi, who just turned two, and we’ve another one on the way in a few months. We plan on being around for the coming period and once rugby resumes, I’d love to be around to go watch a game as a spectator and say my goodbyes in person.”

Known for his cool and measured temperament, his technical know-how and ability to marshal his teammates around the field facilitated excellent team performances from the men in red.

“I saw Tyler for the first time playing for the Crusaders in Super Rugby and he caught my eye immediately. It was an absolute privilege to not only coach him but to learn more about him and discover what a fantastic rugby player and man he is. He has played a huge role for Munster Rugby, not only on the field but also off the field, and he will be sorely missed.

“It was a pleasure to coach him, and I believe he has a very bright future ahead, and will do very well if he moves into coaching. I wish Tyler, Laura, Bodhi and their growing family the very best in life.”