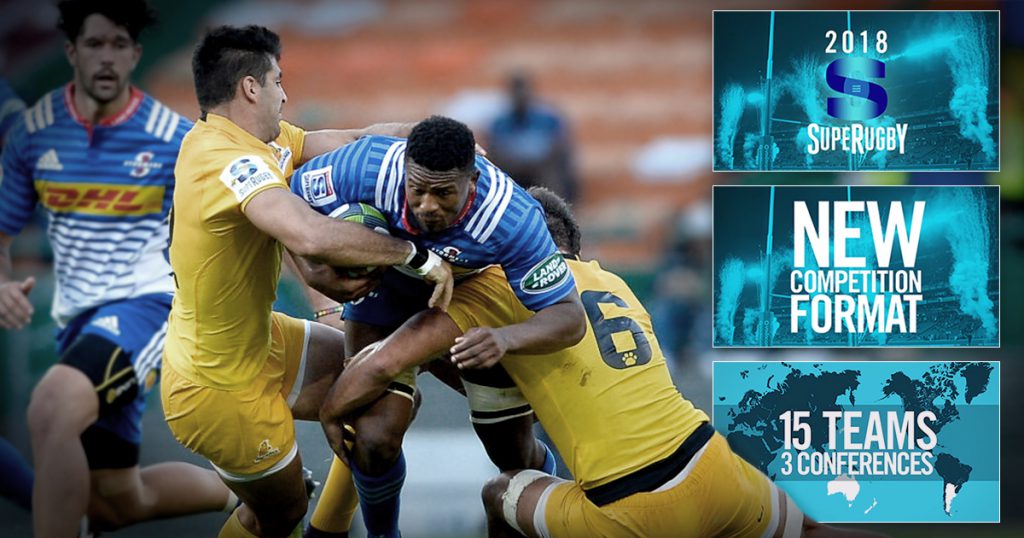 The much anticipated new look Super Rugby season kicks off in Cape Town on Saturday, as 2018 sees a reduction in the tournament from 18 teams back down to 15. In round one, the Stormers host the Jaguares and the Lions host the Sharks.

The new format of the tournament is likely to cause some confusion, so the video below explains exactly how the competition is laid out, giving fans a better understanding of what to expect.

While the tournament features the best domestic teams from South Africa, New Zealand, Australia, Argentina and Japan, matches will be hosted in seven different countries this year, and 19 different cities.

Suva in Fiji will host a New Zealand derby match when the Highlanders play the Chiefs in June, while in Asia the Sunwolves will play matches at Prince Chichibu Memorial Stadium in Tokyo plus the Singapore National Stadium.

“It is great to actually kick-off and have Super Rugby action back on the rugby field following the re-structure of the tournament last year,” said SANZAAR CEO Andy Marinos.

“The focus is very much on South Africa this weekend with two matches in the South African Conference. Then in week two of Super Rugby we will see some further great action with two New Zealand derbies and an Australian derby as the Australian and New Zealand Conferences begin their campaigns.”

At the completion of the 120-match regular season eight teams will qualify for the finals series and will be given a seeding of 1 to 8 for the quarter-finals. The three conference winners will be seeded 1 to 3 based on final tournament points and will host quarter-finals.

Seeds 4 to 8 will be the five non-Conference winning teams with the next best number of Super Rugby competition points regardless of Conference. Seed 4 will host the remaining quarter-final.

The New Zealand and Australian Conferences start their campaigns in Week 2.