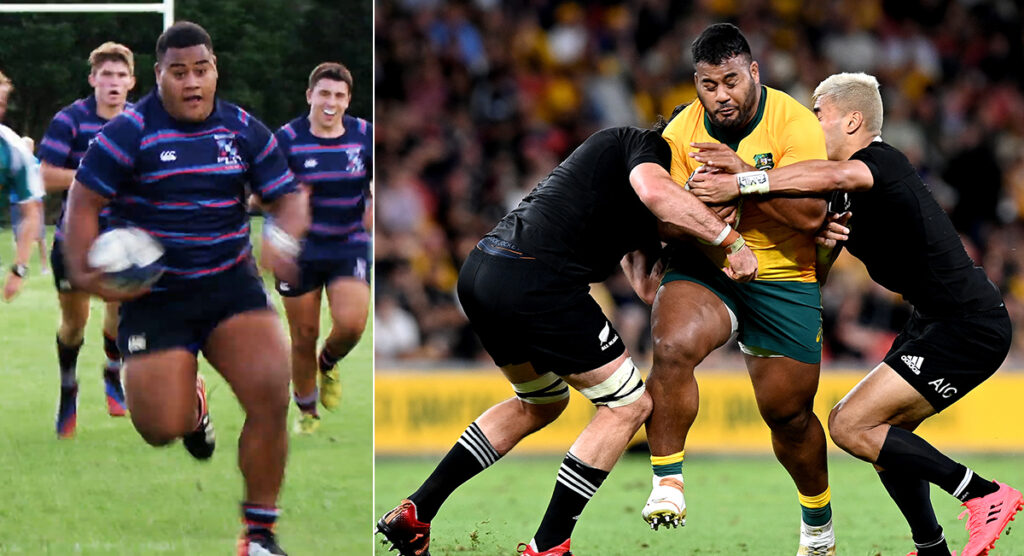 Taniela Tupou, affectionately known as the “Tongan Thor” has been in the rugby spotlight since he broke onto the scene in his teenage years, scoring an incredible hat-trick and going viral. But the big front-rower is still making waves on the international stage, living up to the hype.

The 24-year-old, who weighs a staggering 132kg, made his Wallabies debut in 2017 and has since gone on to represent his adopted country 16 times, scoring twice.

Known as much for his pace and stepping abilities as for his awesome power and tackling, Tupou has continued this sort of form at club level, with Queensland and the Reds in Super Rugby.

His eight tries for the Reds is proof enough that the big fella has what it takes to make it at the top.

WATCH: Tongan Thor’s compilation of scaring his teammate is a must watch

Many young players coming up through the ranks suffer from too much hype but it seems as though Tupou has been able to deliver so far in his career.

He’s still very young and only time will tell whether Tongan Thor can keep his form up and go on to become a Wallaby great.

So far, so good, as this entertaining new compilation of some of his best moments shows.