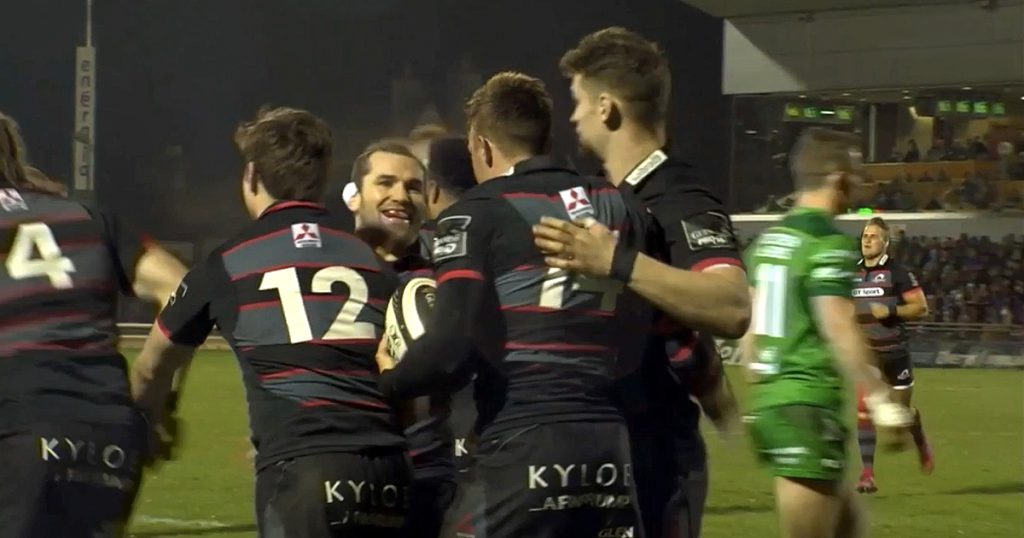 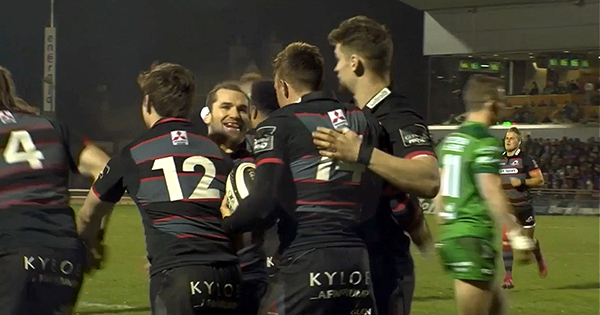 Edinburgh’s Dougie Fife scored the fastest ever PRO 14 try from a kickoff when he crossed against Connacht on Friday night. The early score contributed to Edinburgh’s sixth straight win, keeping their hopes of making a play-off spot alive.

The Scotland 7s flyer pounced on the loose ball after flanker John Hardie charged down an attempted Tiernan O’Halloran clearance kick. He managed to dot it down at the 10 second mark.

There was clearly a bit of a mix-up on defence, as two Connacht players stood and watched.

Fife acknowledged the work of Hardie though, which gave Edinburgh an ideal start and led to the 29-22 victory away from home, at the Sportsground.

The try just ten seconds in is now a new league record, eclipsing Aled Brew’s effort against Cardiff in 2005, when he scored for the Dragons after just 18 seconds .

O’Halloran made some amends with a try of his own later in the game, but Edinburgh’s Duncan Weir inspired a late win with a 16 point haul and a charge down try of his own.

In the Aviva Premiership (then called the Guinness Premiership), Lee Blackett holds the record for his effort against Newcastle Falcons in 2008, when he scored for Leeds Carnegie in just 8.28 seconds.

In 1999 John Leslie scored for Scotland within 10 seconds of kickoff, but the record (in documented, international rugby) belongs to Wales’ U20 score in 2014, when Dafydd Howells crossed in an incredible 7 seconds at the Junior World Championship in Auckland.

View more quickest ever tries in our Related Posts below