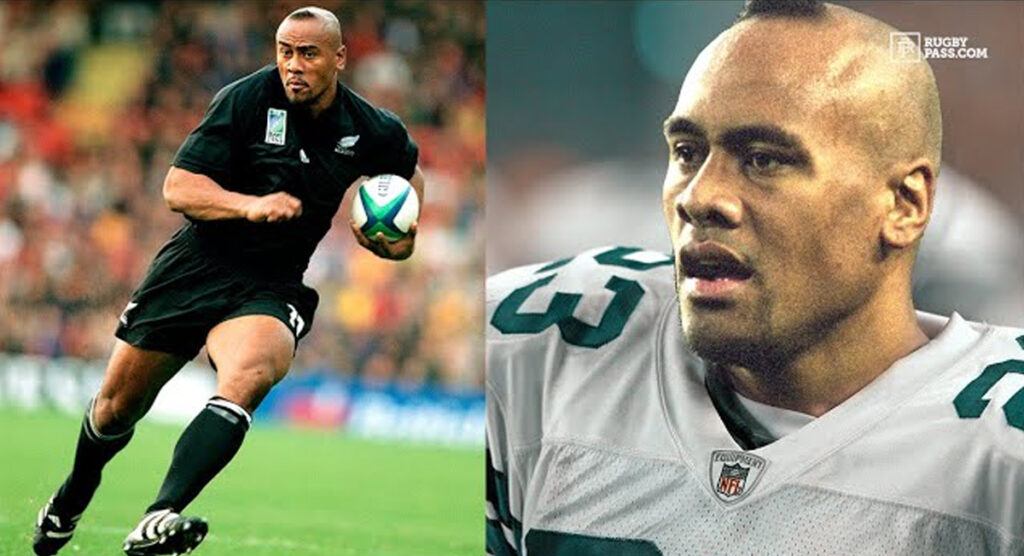 Just a few days back footage of young Jonah Lomu tearing it up at schoolboy level emerged, giving us a feeling for how devastating he was from an early age. Now, this latest Rugbypass video asks how he would have done if he had given the NFL a go.

Lomu was the sport of rugby’s first global superstar. With that came all sorts of attention, including from NFL scouts, who reportedly made offers to the All Black legend in his prime.

Over the weekend a NFL star actually made an outrageous claim, clearly trolling rugby fans, that he could dominate rugby if he gave it a go. That soon got shot down, but how would it look in reverse?

There have been a number of rugby players who have given it a go in the NFL. Jared Hayne was one of them, and then recently Christian Wade has had some success in building his name with the Buffalo Bills.

But how would Jonah have done? At 6ft5, 118kg and with lethal speed, balance and power, there’s no doubt that he would have had the athletic ability to give it a full go.

Whether he became a star or not is another question, but either way, we can be grateful that he didn’t chase the money and instead stuck with rugby, as the sport was all the richer for it.