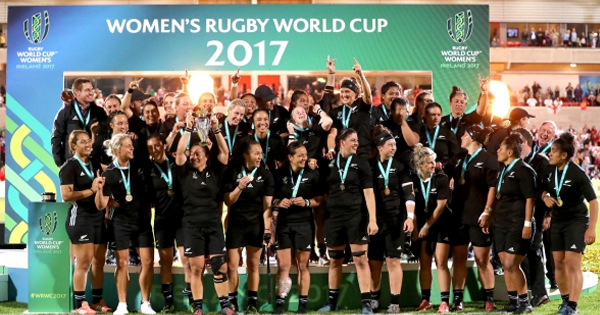 New Zealand’s Women’s team beat England 41-32 to win the 2017 Women’s Rugby World Cup in Belfast on Saturday evening. It is the fifth world cup victory for the Black Ferns, as they scored seven tries in an thoroughly entertaining final.

Prop Toka Natua scored a hat-trick in the final in Belfast to ensure New Zealand captain Fiao’o Faamausili bowed out with her fourth title and the Black Ferns remain unbeaten in World Cup finals and against England in the showpiece event in the women’s game.

Earlier in the day, France beat USA 31-23 to claim the bronze medal at the Kingspan Stadium in front of a packed house.

Speaking afterwards, New Zealand’s captain Fiao’o Faamausili said: “I’m so proud of the girls, we dug deep, full credit to England, they really gave it to us, but I couldn’t be prouder of the character of our team. We told them they’d have to go into deep, dark places and fight… and that’s what they did.”

“Congratulations to New Zealand, who are deserving champions, but tonight and throughout this tournament, rugby has been the true winner.”