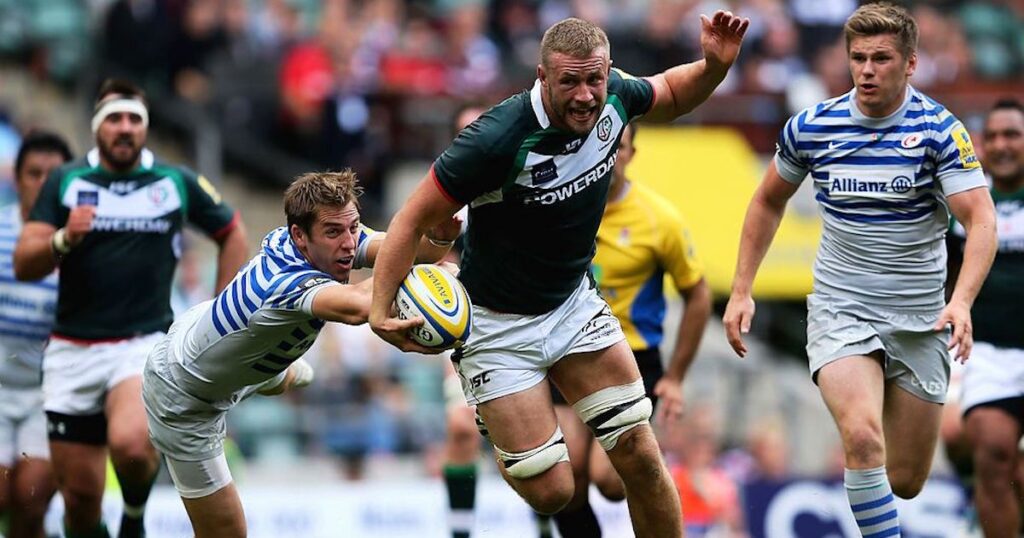 Over the weekend, former London Irish and Scotland back row Kieran Low spoke candidly to the Sunday Times Scotland about the end of his playing career, which has, in turn, re-opened the debate over the painkiller culture in rugby.

In an interview with journalist Mark Palmer, Low detailed how a concession injury lay-off nearly had devastating consequences, as well as just how much the painkiller culture has become the norm for a professional rugby player.

“I was found at the bottom of a flight of stairs, unconscious and choking on my own vomit,” Low said.

“That day, like every day, I’d been drinking too much booze and taking too many painkillers. I’d taken a lot of Valium [diazepam] and then fallen down the stairs. I fractured my skull and needed surgery.

In @SundayTimesScot: Kieran Low’s harrowing account of the effects of brain injury and addiction. A shocking tale that asks big questions of rugby around concussion, the sport’s relationship with alcohol and its painkiller culturehttps://t.co/E3grqKRGaw

“It’s a shocking culture that doesn’t get spoken about enough. You come into it as a youngster, see what the older guys are doing, and it becomes the norm for you as well.”

Low said that he had become addicted to certain painkillers and since his retirement from the game at the age of 25, he started to resent the sport.

“Before a game, you get your painkillers, then during the week, if you need anything, there’s always a doctor, always someone who will have something to tide you over. I became pretty heavily addicted to opioid painkillers and benzodiazepines: codeine and Valium [diazepam].”

“I have a lot of resentment, because it’s a culture in rugby that doesn’t get addressed and still goes on. These are pretty heavy-duty drugs, but you think: ‘the doctor is giving it to me so it must be fine. I’ll carry on taking it.’”

How much of a problem does rugby have with painkillers?

It’s a much talked about aspect of the game, but one which unfortunately gets quickly brushed under the carpet after a while. The truth of the matter is that, rugby is a contact sport which takes an enormous toll on the body.

Such is the professionalism of the game today, the demand for player availability and the need to field the best side possible has forced players to play while injured. As a result, they have developed a dependency for painkillers to make sure they are able to put the pain to one side in order to play.

Former French international prop Laurent Bénézech detailed his fears about the “over medicalisation of rugby” in his 2014 book Rugby: Where are your Values?. Short of calling out intentional doping in rugby, Bénézech started a nationwide Senate debate in his home country about player welfare and the subsequent addiction to painkillers.