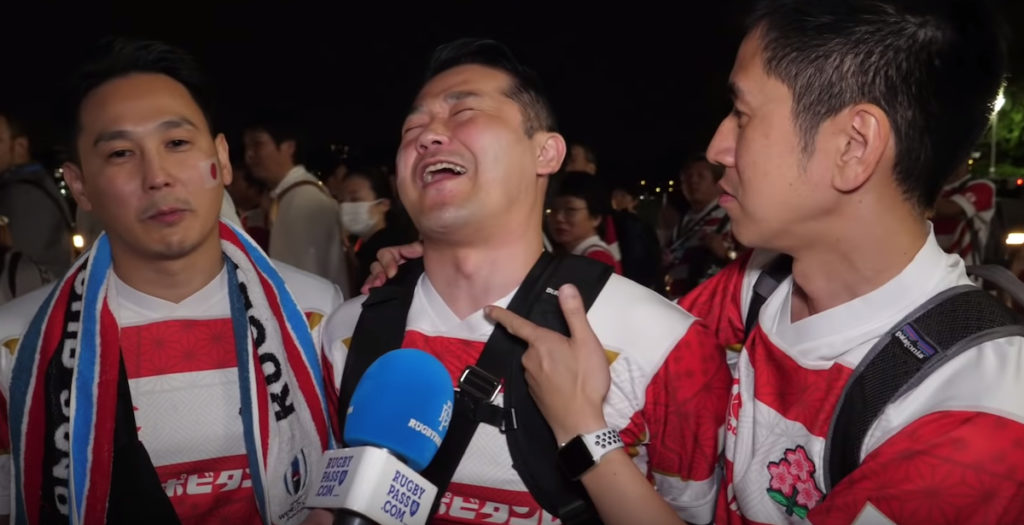 In the aftermath of Japan’s epic performance against Scotland on Sunday, Rugbydump founder Grant Constable was in Yokohama to get the reaction with Rugbypass.

Japanese fans were buzzing with excitement and the travelling Scots were graceful in defeat having witnessed arguably the greatest night in the history of Japanese rugby.

The game finished 28-21 to the hosts meaning they topped Pool A to qualify for their first ever World Cup quarter-final which will be played against South Africa next weekend – a team Japan beat in Brighton four years ago in the 2015 World Cup.

Full highlights from the historic match are available below: