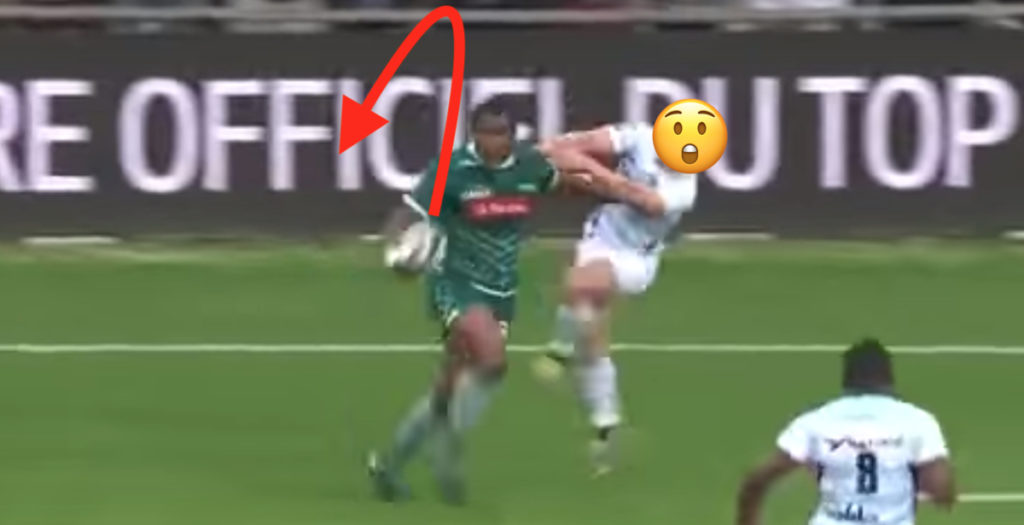 Fijian winger Watisoni Votu scored an incredible 80-metre try for Pau against Racing 92 in the French Top 14 on Saturday.

The 34-year-old former Exeter Chiefs player received the ball inside his own half after some lovely handling by the French side.

Votu then beat his opposite man on the outside, fended Maxime Machenaud and delivered a wonderfully cool offload to centre Florian Nicot, who carried the ball an extra 10 metres before completing a one-two back to Votu.

The veteran took the ball back on the opposition 22-metre line and showed impressive pace to beat Racing full back Simon Zebo to the try line and fend off number eight Jordan Joseph to complete the score.

Although Votu’s try was overshadowed by a red card on the hour mark, his five pointer helped Pau record an impressive 29-27 win over the former champions, leaving them 11th with three games to go and potentially costing Racing a play-off spot in the French domestic league.