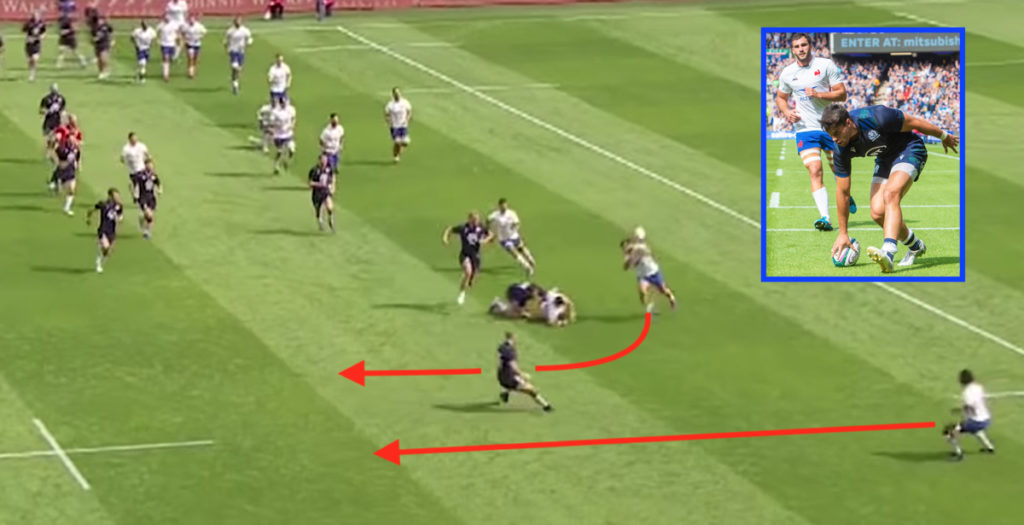 French winger Damian Penaud scored two tries against Scotland on Saturday but he also missed an opportunity in the first half to potentially seal a victory at Murrayfield.

France ran a set play from inside their own half which saw Gael Fickou take contact in midfield. The Stade Français centre managed to find an offload to Penaud on the wrap around, but the 22-year-old was unable to gather the ball.

If Penaud had retained possession, there was a potential two-on-one with Alivereti Raka against Scotland full back Stuart Hogg, who had rushed up in defence to cover the outside channel.

As it happened, Blair Kinghorn pounced on the loose ball and set up a Scotland counter attack, which was eventually finished off by Sean Maitland on the left wing.

This was a crucial moment in the game, which saw a potential 14-point swing just before half time, which could have put the visitors 21-3 up at the break.

Instead Scotland went on to win 17-14 in Edinburgh and full match highlights are available below: