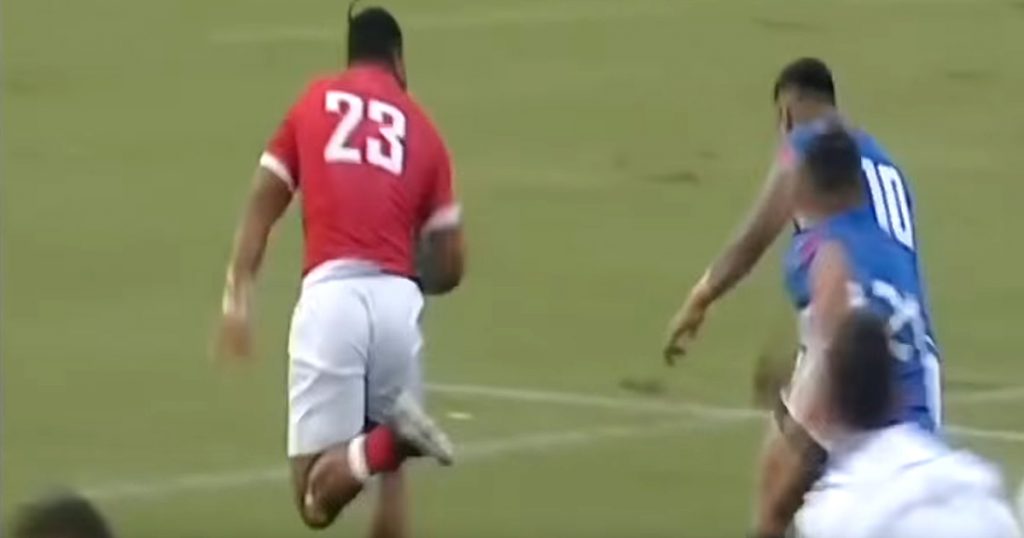 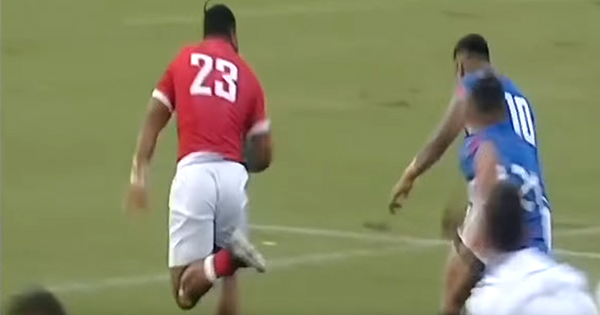 Tonga’s Penikolo Latu scored the try of the match during Tonga’s 28-18 win over Samoa in the Pacific Nations Cup in Suva. Hosts of the tournament, Fiji, went on to claim the title following their 37-15 victory over Georgia.

Replacement winger Latu did superbly well to make the big hit on Northampton Saint Ahsee Tuala, before having the presence of mind to get to his feet, steal the ball and then sprint in for the try.

Cooper Vuna and Viliami Lolohea scored Tonga’s other tries, with Malani Mataveo and Ed Fidow scoring for the Samoans.

Tonga’s manner of victory is all the more impressive considering they received three yellow cards in the last 15 minutes. Steve Mafi, Sosefo Sakalia and Paul Nganuamo (who had come on as the replacement hooker for the binned Sakalia) all received their marching orders.

It was the first international try for Latu, who has represented New Zealand U20s in the past.

Tonga ended the Pacific Nations Cup in second place, with unbeaten Fiji winning it for the fourth time in succession. Georgia came third while Samoa took the wooden spoon, with zero wins.

Fiji and Tonga will play one another outside of the competition this coming Saturday, while Georgia will take on Japan in Aichi.

After a disappointing tournament, Samoa’s next challenge is to take on Germany – who beat Portugal in the European play-off – in home and away matches to confirm their place at Rugby World Cup 2019.

If Samoa win, they will join Pool A as the Play-Off winner, but shoud they lose, they will be part of a four-way battle in a global repechage tournament in November.