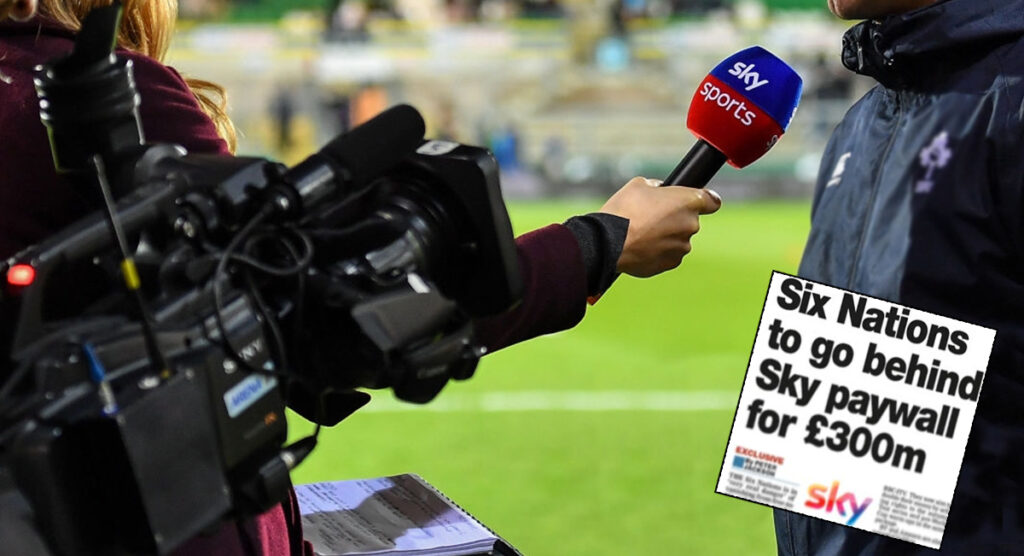 The idea of the Six Nations no longer being on free-to-air television is one that has not been welcomed by many in the rugby world.

Fans and journalists have staunchly argued against the possibility of the Championship moving behind a paywall in 2022, after Six Nations chief executive officer Benjamin Morel recently suggested that it was an avenue that may be pursued.

The rancour at this suggestion has stretched far beyond the rugby community though and into the world of politics.

Adam Price, leader of Plaid Cymru, has said that he and Liz Saville Roberts have written to the Secretary of State for Digital, Culture, Media and Sport asking for the Six Nations to be protected on free-to-air television.

He tweeted: “It is bitterly ironic as we celebrate St. David’s Day we discover we may soon be priced out of our own culture.”

Myself and @LSRPlaid have written to the Secretary of State for DCMS asking for the #SixNations to be protected on free to air television.

It is bitterly ironic as we celebrate #StDavidsDay we discover we may soon be priced out of our own culture. 🏴󠁧󠁢󠁷󠁬󠁳󠁿https://t.co/CjDTGDTyhQ

Fellow Welsh Assembly Members have echoed this view, as it has been resoundly stressed that rugby and the Six Nations are embedded into Wales’ culture.

The Six Nations is an integral part of the culture of Wales.

The people should never be priced out of their own culture. https://t.co/wJyFnrJjy2

Six Nations Rugby is a huge part of our national and cultural life. Shocked to hear the games may be going behind a paywall. We have to retain fre to air broadcasts. Will raise with @WelshGovernment next week

Nothing has been officially announced, but this past weekend has been a glimpse into how contentious this decision will prove to be.

MPs in Wales have also joined this discussion on social media, with Kevin Brennan sharing a letter Welsh Labour MPs wrote to the Welsh Rugby Union, urging them to refrain from letting the tournament go behind a paywall. He said: “If this happens it will cast a chilling shadow across rugby as an integral part of Welsh popular culture.”

Reports that the Six Nations May go behind a paywall are very worrying – here’s a reminder of the letter a group of @WelshLabour MPs wrote to @WelshRugbyUnion back in January-if this happens it will cast a chilling shadow across rugby as an integral part of Welsh popular culture https://t.co/fGar2bO1N7

Once again, many other Welsh MPs have shared these sentiments, as this is a move that will have a great cultural impact there. Then again, there are still swathes of people in England that are against such a controversial decision.

Government should make the six nations a fully listed event. These events are part of our national identity not just another commodity to be bought and sold. https://t.co/ho4t066bDz

The windfall from the move would of course benefit the unions, which will be taken into consideration, but tampering with one of the staples of the British sporting calendar has received a sizeable backlash so far.