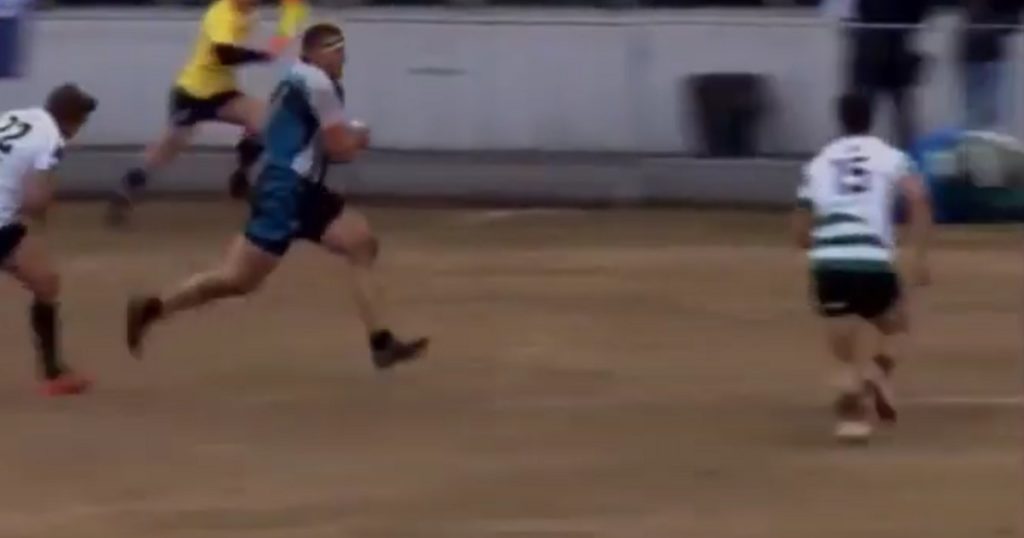 It’s not every day you see a prop streaking in from 80 metres for a try, so when it does happen, we like to capture the moment. That’s exactly what happened when Valery Morozov touched down for Enisey-STM in the Continental Shield Play-Off against Krasny Yar.

What was more impressive was that the big fella beat several would-be defenders on his way to the try line, and wasn’t afraid to use the shoulder to sit down a pair of attempted tackles.

The pace of the loosehead was perhaps not to be too unexpected as Mozorov has played in the back-row. But the way the 24-year-old put down the Krasny Yar defence en route to the line was fantastic to see.

Today it was announced that the Russian international, capped 15 times for his country, has been signed by Sale Sharks.

He last played for Russia alongside Andrei Ostrikov against Japan in November, and at 1.9m tall, 118kg’s and with balance and speed like seen in the video, he’s an exciting prospect and addition for the Gallagher Premiership side.

“Andrei Ostrikov and Vadim Cobilas first made me aware of Valery’s abilities, and we kept a watch on him for the past twelve months whilst he was playing for Enesei,” explained Sale Sharks Director of Rugby, Steve Diamond.

“He’s a big, dynamic, scrummaging prop and front row players with his skill set are few and far between.

“We look forward to welcoming him to Carrington on 2nd January to bolster our options in the front row as we move into 2019.”