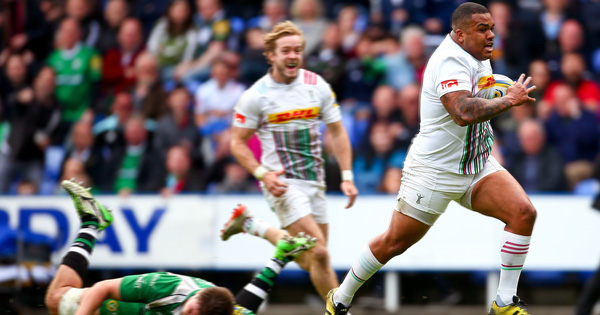 Harlequins beat London Irish 32-25 in an entertaining match at the Madejski Stadium at the weekend, with prop Kyle Sinckler scoring a vital try with fifteen minutes to spare. The win for Quins meant that the Exiles would be relegated from the Premiership for the first time.

Sinckler broke through one tackle then sprinted away to score with relative ease, looking every bit at home sprinting away from oppositio defenders. The dive to score was a fitting finishing touch.